The 8 Best Diners in St. Louis

St. Louis has long had a love affair with the classic American diner. In fact, the slinger (a hamburger patty topped with two eggs, hash browns and chili), a requisite on all diner menus, is rumored to have originated here. Perhaps it's the comforting feeling of stepping into a simpler time. Maybe it's the comfort-food-only zone with burgers, fries, shakes and breakfast items hot off the fryer. Or maybe it's the draw of warm lights and conversation 24 hours a day, seven days a week, 365 days a year.

City Diner has been a fixture on South Grand Boulevard since 1992, serving affordable and satisfying food to late-night crowds, early- and late-shift workers and families. The small storefront location tripled in size and gained a patio in 2003 when it expanded next door into the former Dickmann's Boulevard Bakery. The menu hasn't changed much over the years. Breakfast items served all day include buttermilk pancakes, French toast, eggs, omelets, sausage, biscuits and, of course, the slinger. Classic sandwiches and burgers cater to a lunch-minded crowd. Diner specialties include barbecue pork ribs, pot roast, steaks, pastas, liver and onions, meatloaf, and country-fried steak or chicken.

The Courtesy Diner, once part of a small national chain of Courtesy Sandwich Shops in the 1930s, now beckons hungry patrons at three locations in St. Louis -- the flagship location on South Kingshighway, a second on Hampton Avenue that opened in the late 1990s, and a third on Laclede Station Road that opened in 2013. All three offer 1950s décor, with red vinyl booths and stools, checkered tile floors, stainless steel details and a magnificent jukebox. The restaurant's slogan, "Home of the St. Louis Slinger," offers a clue about its claim to fame. The diner offers three versions: "The Hoosier" substitutes white gravy for the chili, "The Hangover" features chicken-fried steak covered in white sausage gravy in lieu of the hamburger and "The Devil's Delight" (mentioned in the Wikipedia entry for "slinger") includes everything but the hamburger patty.

The Eat-Rite Diner opened more than 60 years ago and has remained unchanged (or updated) even as new downtown neighbors like Busch Stadium and Purina moved in. Located on historic Route 66, the thirteen-seat diner caters to local blue-collar workers, late-night partiers and those who have heard the stories and want to see what "Eat Rite or Don't Eat at All" is all about. The no-frills menu offers the usual diner fare at reasonable prices. Aside from the slinger, a customer favorite is the six sliders with cheese platter. 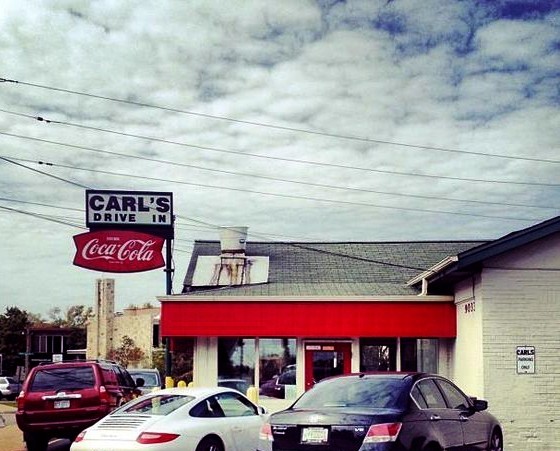 Named RFT's Best Diner in 2014, the sixteen-seat Carl's Drive-In is the real deal. Sadly, it's no longer an actual drive in, but it has retained the name. In operation since 1959, diner-style burgers -- smashed thin with crispy edges -- are the most popular item in the menu, followed closely by foot-long hot dogs, French fries and onion rings. And don't forget to order the housemade root beer, served in a heavy, frosty mug or as a float -- the coveted recipe is more than 90 years old.

Opened in 2012, the Southwest Diner is a continuation of the food truck of the same name that frequented the Tower Grove Farmers Market and is now coincidentally located on Southwest Avenue. The name of the game here is a Southwestern spin on diner eats. Here, eggs come with sopapillas, cheese fries are topped with green chiles, the soup of the day is spiked with red chiles. The menu also offers burritos, enchiladas, tostadas and tacos. The décor is, likewise, a little bit American diner, a little bit American Southwest. 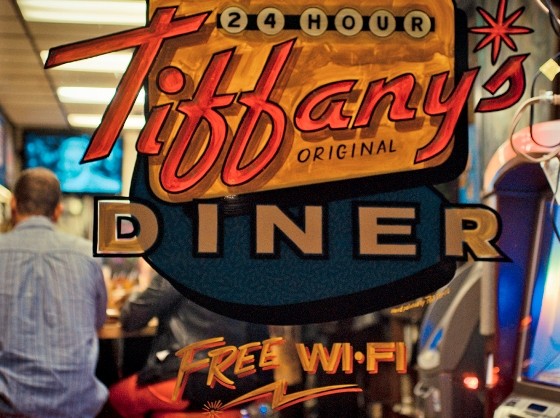 Tiffany's Original Diner has been dishing up time-honored diner food and tried-and-true jukebox tunes since 1960. Its claim to fame is a RumChata milkshake and two variations of the St. Louis slinger (also featured in Wikipedia) -- the "Toby," with white gravy instead of chili, and the "Yin Yang," with half chili and half gravy. Also on the menu are hotcakes (not pancakes), tuna-melt sandwiches, bagels, and and fish and chips.

If you've seen the film White Palace, set in '80s-era St. Louis, you might recognize the White Knight Diner, a St. Louis institution since 1949. Many of the movie's scenes were filmed there. The menu spans breakfast and lunch, including French toast, breakfast sandwiches, melts and the "Super Slinger" with American cheese. 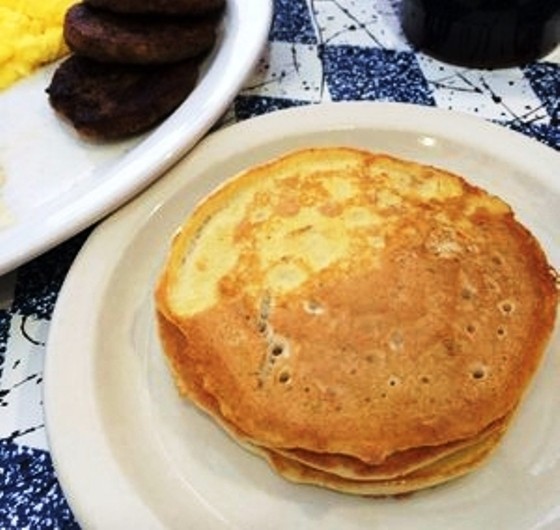 Open since 1948, the original Goody Goody Diner included a carhop service outside and a counter-side A&W root beer barrel inside. Today's expanded venue offers seating for 112 and carry-out. Aside from the regular breakfast, lunch and diner items, house specialties include "toastamales" (two hot tamales covered with chili and shredded mozzarella cheese), wings, waffles and a barbecue slaw burger.