A Look Inside KimCheese's New Second Location in Creve Coeur

The Creve Coeur store's menu features almost all of the same items as the Chesterfield location's -- they're working on getting the rest, an employee says -- while the interior feels quite a bit different from the original's. For instance, this space didn't come with a built-in drive-through lane. Instead, a larger dining room makes way for new furnishings including an Asian-inspired wooden motif paired with a mustard-yellow and hunter-green color scheme.

From the colorfully drawn chalkboard menu, choose from items including rice bowls, tacos filled with Korean-style marinated meats, and the "Kim Cheese Burger" -- a popular plate that former RFT food critic Ian Froeb says is, strictly speaking, a steak sandwich served on a burger bun. In his 2012 KimCheese restaurant review, the monster of a burger seems to sum up spirit of KimCheese's Korean-Meixcan-American mashup cuisine nicely. 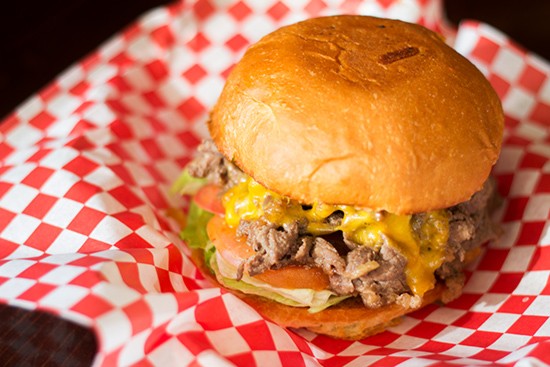 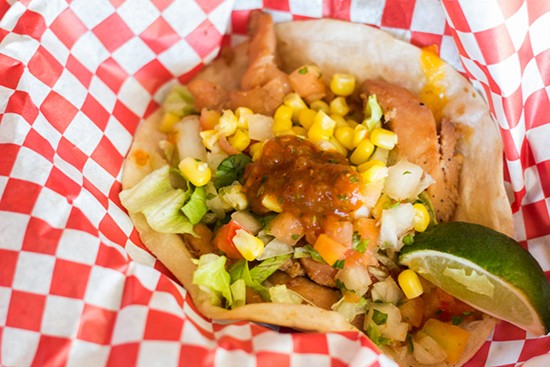 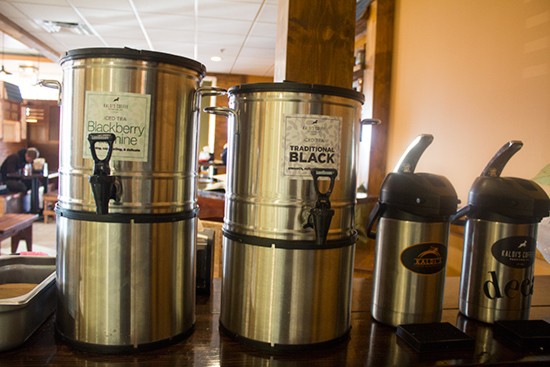