#52: The Cheeseburger at Home Wine Kitchen 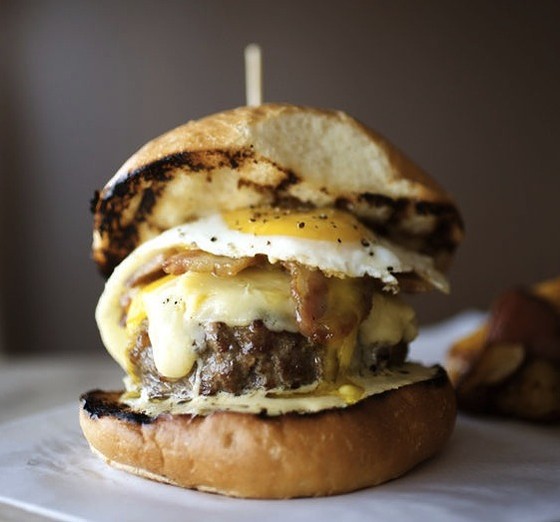 Look closely at the above image. In just five short days, this will no longer be in your life.

I'm still in denial that Home Wine Kitchen (7322 Manchester Road, Maplewood; 314-802-7676) is closing. The Maplewood restaurant has been a mainstay of the St. Louis dining scene for what seems like forever (actually, it's been around for just over three years), but on December 31st, chef Cassy Vires and her husband Josh Renbarger will be serving their last guests. The announcement of Home's closure "for circumstances outside of our control" sent shock waves through the town's food community -- and ever since, sad patrons have been packing the small dining room and bar for their last chance to nosh on Vires' signature comfort food.

It's hard to say what I will miss the most about Home Wine Kitchen. Those sea salt shortbread biscuits? Fried chicken? Shrimp and grits? I lament each one's departure from my life, but it's the classic cheeseburger that I can't bear to live without. The giant burger, made from Missouri grass-fed beef and just a hint of pork is covered in bacon, sharp cheddar cheese, roasted garlic aioli and an oozing fried egg. It's the type of burger that would cause embarrassment from the amount of juice dribbling down my chin, were I in a position to care -- it's a badge of honor.