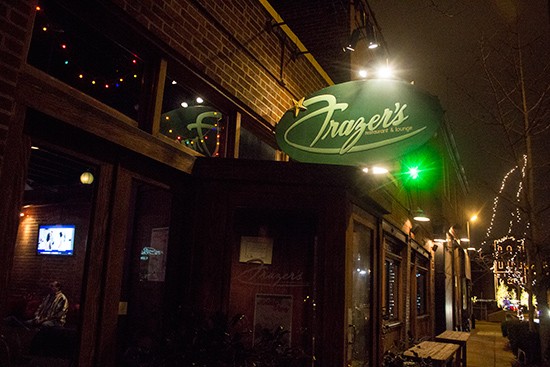 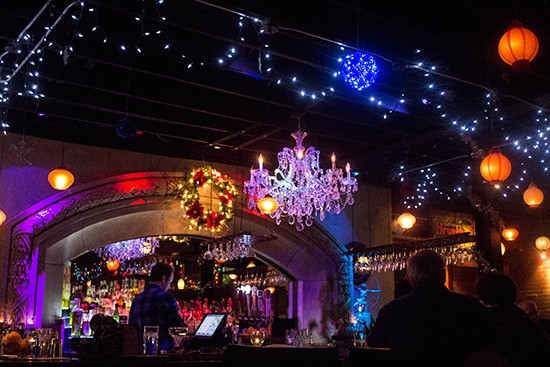 The Scene: Since 1992, Frazer's has offered from-scratch cooking influenced by everything from New Orleans to Mediterranean cuisine. At night, the charming space transforms from daylight-infused dining rooms to a glowing lounge filled with colorful hung lights. For happy hour, grab a seat at the bar, or choose a cozy corner couch or seat at a retro table. 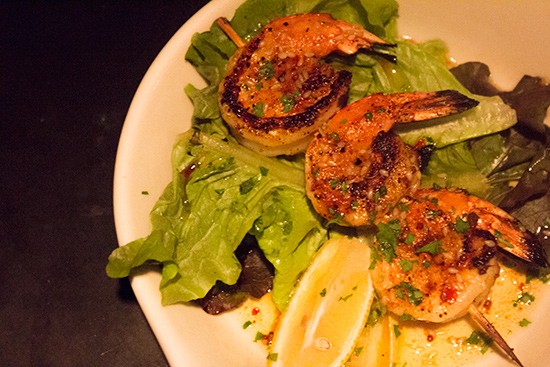 The Food: Monday's "industry nights" feature $5 appetizers including wings, nachos, burgers and pizzas. We visited Frazer's on a Tuesday night to check out its tapas offerings. The menu includes the following options, each for $5 or less: potato and mozzarella croquette, Parmesan pomme frites, oysters on the half shell, shrimp cocktail, pulled-pork taco, blacked shrimp skewer, slider with sauteed mushrooms, marinated olives, and Parmesan and garlic wings.

Did Frazer's make the grade? Find out on the next page. 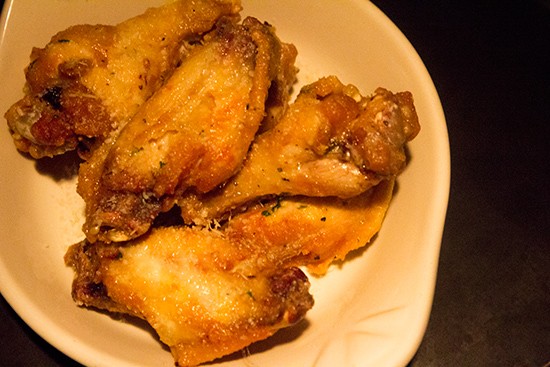 The Verdict:The fried Parmesan and garlic wings come tossed in housemade sauce and come packed with plenty of flavor. At $5, a blackened shrimp skewer with three pieces seemed a little steep price-wise yet were cooked well with a nice charred Cajun spice. Our favorite dish was the potato and mozzarella croquette, a breaded and fried puck of creamy, cheesy mashed potato served atop a bed of tangy Russian dressing. 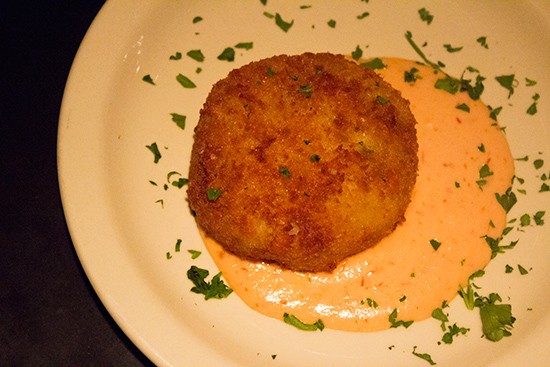 For a happy hour that fixates more readily on the beverage offerings, check out Frazer's on Wednesdays for select half-price cocktails. The bar recently implemented a new menu featuring stirred, shaken and classic concoctions. Drink enthusiasts might recall options including the unique "smoke wagon" developed by seasoned mixologist Terry Oliver.

With a little something different each night of the week, Frazer's nuanced touches on its food and drinks combined with its cozy environs make it a varied happy hour worth sampling over and over again. 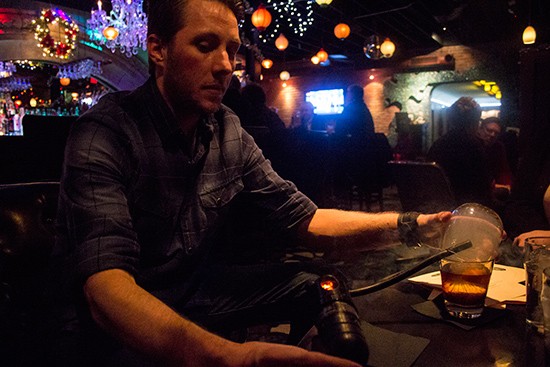