Lücha's Free-Spirited Take on Mexican Classics Struggles as Much as it Succeeds: Review 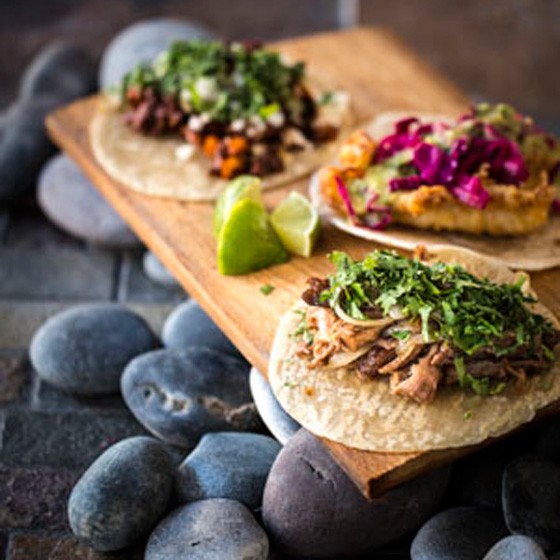 Owners Hugo Perez and Brian Schmitz have wanted to open a place like Lücha for years, but were always hesitant -- how would St. Louis restaurantgoers receive a Mexican restaurant that deviates from the typical rice-and-bean-platter model? When the Kota Wood Fire Grill space came available, the veteran business partners (previous ventures include the Grind and Sol) decided it was time to push diners beyond generic Mexican food and celebrate the authentic flavors and dishes of Perez's hometown, Mexico City.

Lücha, which means "struggle" in Spanish, bills itself as a "Mexican soul food" restaurant, though it's more contemporary in its styling than the name would suggest. As Schmitz explains, the goal is to take traditional dishes and update them using modern cooking techniques. Think Abuela's time-honored recipes meet a Cryovac machine.

Lücha is in a sleek, modern storefront on bustling North Grand Boulevard. The lights from the Fox Theatre's marquee shine through its front windows, dancing off the reclaimed wood bar and polished stone floors. Blond-colored wooden tables dot the open, lounge-like space.

Do not expect complimentary chips and generic salsa -- at Lücha, it'll cost you $3, and whether it is worth the extra scratch is debatable. The salsa is tomatillo tart, mildly spiced and has a thin consistency -- it's more of a sauce to be drizzled than something to be scooped and devoured. Though enjoyable enough, I preferred Lücha's made-to-order guacamole. Chunks of perfectly creamy avocado (there's a ripening rack in the basement), tomatoes and red onion were bathed in so much lime juice it made me pucker. The citrus, fresh cilantro and a generous dash of salt (on one occasion, too much) gave the dip so much zest it might as well have been called "avocado ceviche."

Lücha's other update to standard Mexican fare is in its cooking technique. Perez and Schmitz employ sous vide and wok searing to infuse the meat with flavor, maintain moisture and caramelize the exterior. The pulled-pork carnitas burrito was the best showcase of these techniques. Morita chiles (lightly smoked jalapeño) are slow-cooked with the pork, infusing the meat with flavors of tobacco and dried berries. The meat, black beans and rice were wrapped in a housemade flour tortilla, then topped with a dash of creamy queso fresca.

The mole verde burrito featured sous vide pork cooked with green chiles, black beans, rice, and a few sunflower and pumpkin seeds for crunch. The meat itself was a bit bland and most of the dish's flavor came from the small amount of the mild, piquant verde sauce garnishing the burrito. Lücha's mole poblano burrito had a more robust character provided by the rich, chocolaty sauce. But while the turkey meat is simmered in the spicy blend, the completed plate would have benefited from some extra mole inside or on the burrito.

Tacos are garnished minimally with fresh herbs, minced white onions and queso fresca. The al pastor was my favorite; the sweet pineapple added a tangy pop to the smoky, chile-laden meat. Both the tinga and pescado tacos needed a boost from additional accoutrements. The former, which featured the same turkey as the mole poblano burrito, tasted too plain. The latter, a beautiful piece of crispy, tempura-battered whitefish, needed more dressing than the vinaigrette coleslaw and sparse salsa verde provided.

I was surprised that the "chorizo" taco came with pulled pork instead of the Mexican or Spanish-style sausage. Schmitz explained that Lücha's version takes the flavor profile from chorizo and reinterprets it as a sauce. Not only should this be made clearer to diners, but the finished product was also overly salty -- even the accompanying potatoes were way over-seasoned. I was equally unimpressed with the birria (lamb) taco. Something about the chilacate and pasilla chiles brought out a gamey taste in the lamb, exacerbated by more excessive salting. 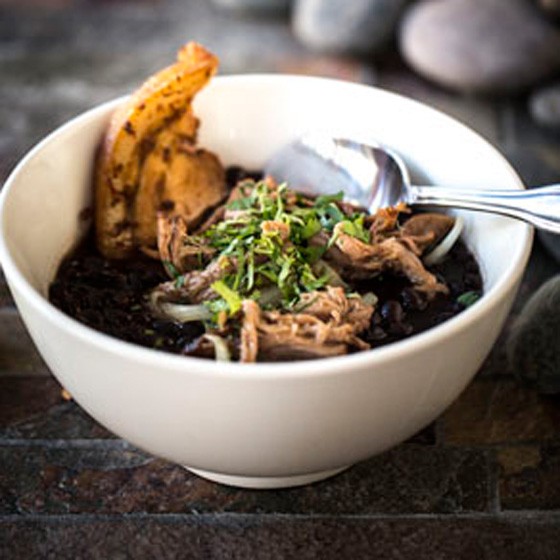 My favorite dish at Lücha was the asada y tocino, a hearty stew made with black beans, tender beef brisket and pork belly. This savory bowl reminds me of a Mexican equivalent of pho; though the stew itself was fairly plain, Lücha serves various garnishes on the side -- limes, roasted peppers, chopped onions, a ground spice blend -- that allow diners to alter the taste to their preference. I was particularly impressed that the tender pork belly remained crispy along the edges, even as it steeped in the rich broth.

Lücha is in the process of developing its cocktail list and dessert menu, so the offerings were minimal. The lone sweet, churros, were familiar: deep-fried, covered with cinnamon and sugar. The soon-to-be signature margarita was strong and tart.

Lücha succeeds in breaking past the typical Mexican restaurant stereotypes. Sometimes its modern twists are a real treat; others are still a work in progress. Either way, I'll take a unique attempt over a caricature any day. 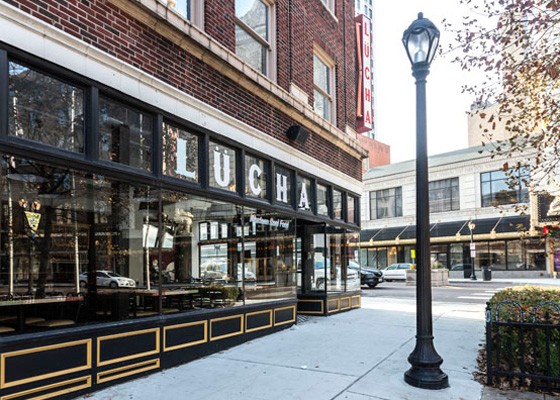