Banter and Cocktails at the Gin Room

Cocktail-mixing competitions have been popping up lately. They bring talented mixologists from some of St. Louis' best bars together to see who can come up with the best new drinks. Natasha Bahrami has started an event at the Gin Room at Café Natasha (3200 South Grand Boulevard; 314-771-3411) to highlight St. Louis cocktail talent in a playful context. It's called Bartender Banter. "The concept behind the Bartender Banter series is to highlight the amazing talent in St. Louis, not from the bar they are working at, but independently to showcase the art and personality of each of these talented and rising bartenders and giving them a platform to creatively showcase their skills without restrictions," Bahrami explains. 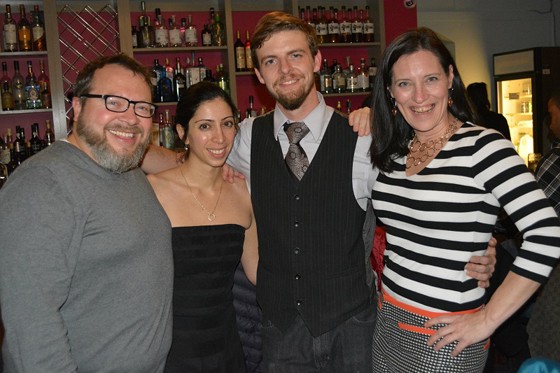 Bahrami created "His Mistress Loves Silk," a smooth balance of rye spice and subtle botanicals. Herbal notes married with clean bitterness and a deep earthy finish. Garner's "A Man within a Hat" offered prominent citrus on the nose. It was well-balanced, with the gin's botanical character really coming through. The drink had some nice citrus and clean bitterness.

Garner and Bahrami were batching cocktails in pitchers marked "His" and "Hers," and true to the name of the event, they kept up a lively banter. "Maybe he'll give you his version," Bahrami said as she explained the guidelines for each round. "The one that smells like a winner is mine," Garner said with a smile as they set their creations on the bar. Bahrami took Garner's measuring jigger and he responded by throwing a cocktail straw at her. Their playful attitude was a constant reminder that the event was more about fun and good cocktails than serious competition. 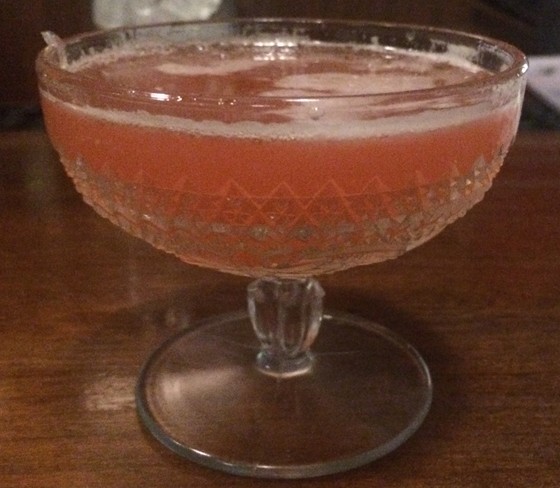 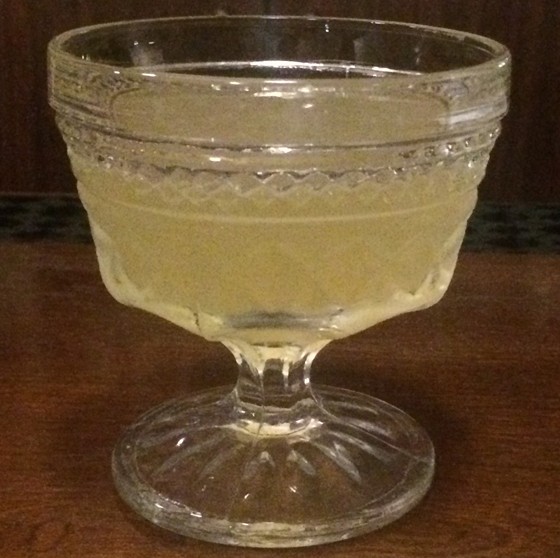 Garner's "Small with Envy" (a name punning on Small's gin and green Chartreuse) added lime and Campari to the round's required gin, rye and Chartreuse. The cocktail was bright, clean and balanced. The complex spice of the Chartreuse showed nicely, along with some bright lime and pleasant bitterness. Bahrami employed a range of housemade ingredients in her unnamed cocktail, including lavender tonic, sage bitters and cardamom syrup. This layered cocktail was balanced with spice and subtle herbal notes and some nice, round lemon citrus. It was reminiscent of a Corpse Reviver Number Two or a Last Word, with the added depth of rye whiskey.

The final official round allowed only one additional ingredient, not counting bitters. Bahrami did a riff on an Old Fashioned by choosing a sugar cube as her ingredient and muddling it with orange bitters. The St. George dry rye gin dominates, but some nice rye spice and orange citrus are present well. It's a beautifully earthy version of an Old Fashioned. "Sorry he's so slow," Bahrami said as Garner methodically mixed his third cocktail. He matched her simplicity by choosing salt as his third ingredient. The cocktail's spice and botanicals were balanced and well integrated, with some orange and vanilla coming through. Somehow, the salt enhanced all the flavors and lengthened the finish.

The winner? Garner just edged Bahrami out on points, but the real winners were all the drinkers who got to try these cocktails. Who knew rye and gin could work so well together?

If you didn't make the first Bartender Banter, there are more to come. On Monday, January 19, long-time St. Louis bartender Rosa Gabriela Bretado will be in a friendly competition against Bahrami. "Spiced and Sassy" is the theme. "All cocktails will have an element of spice to them ranging from habanero to pickled peppers. Rosa will be using tequila. I will be using gin," Bahrami says.