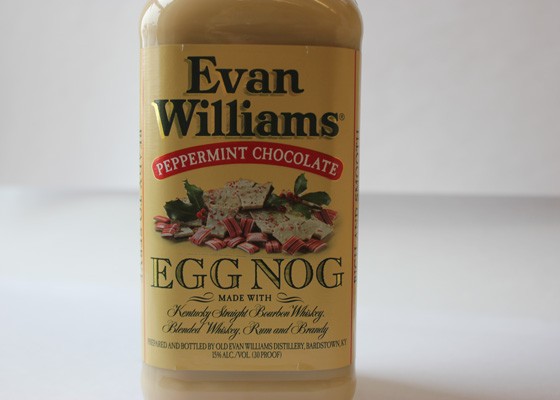 Every now and then, Gut Check sees something in passing that we just have to bring into the office and try. Because it's December, the seasonal drink is supposed to be eggnog, though we usually go for some whiskey to warm us up. When we saw this Evan Williams peppermint chocolate eggnog at the store the other day, we thought perhaps we had finally found an eggnog to love.

See also: The 7 Best Eggnog-Flavored Treats to Brighten Your Holiday

The eggnog will run you about $7.50 (there's a traditional one without the peppermint and chocolate), and it should be chilled before serving. The traditional Christmas drink is made with milk, cream, sugar, whipped eggs and sometimes cinnamon and nutmeg, plus rum, brandy or bourbon.

Then Evan Williams adds two more complementary flavors, which give it the vague taste of melted Thin Mints (not that that's a bad thing). We decided it may have been better over ice, but the pleasant taste was a bit diluted by the almost glue-like texture. The peppermint and chocolate was definitely an improvement, and the beige color is decidedly more appetizing than a weird off-white that reminds you you're drinking whipped eggs.

If you have to drink eggnog, this is definitely the way to go. But for now, we think we'll stick with our belly-warming whiskey and bourbon. 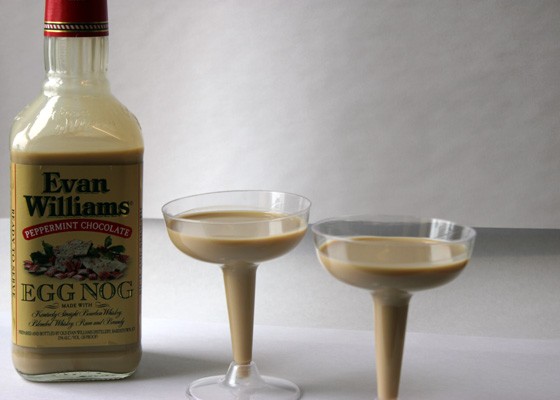