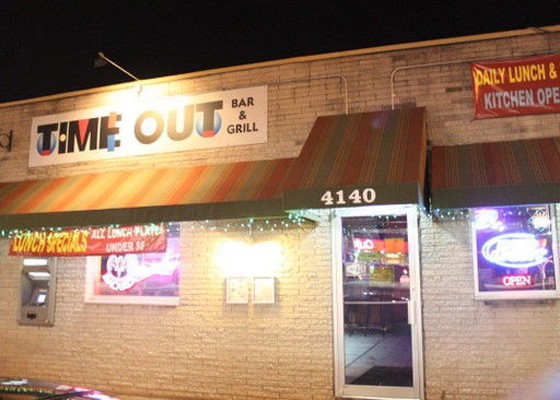 There have been conflicting opinions over the show of support five St. Louis Rams players gave for Ferguson at yesterday's football game. The St. Louis Police Officers Association asked that the NFL apologize and sanction the players; the league and the team declined to do so. South-city sports bar Time Out Bar & Grill (4140 Gravois Avenue; 314-771-3610) has announced that it will no longer support the Rams, thanks to yesterday's display.

See also: MoKaBe's Slammed By CopTalk Message Board for Serving as "Safe Space" for Protesters

The announcement was posted on Time Out's Facebook page late last night, followed by another post saying the bar would now support the Kansas City Chiefs.

Time Out wrote that "We have to stand up to thugs who destroy our community and burn down local businesses, and boycott the other thugs/organizations who support them," despite the fact that Rams wide receiver Kenny Britt told FOX 2 that the players were showing support for the Ferguson community, not to say that Darren Wilson should or should not have been indicted.

The owners did not immediately respond to messages asking for comment. We'll update when we hear back.