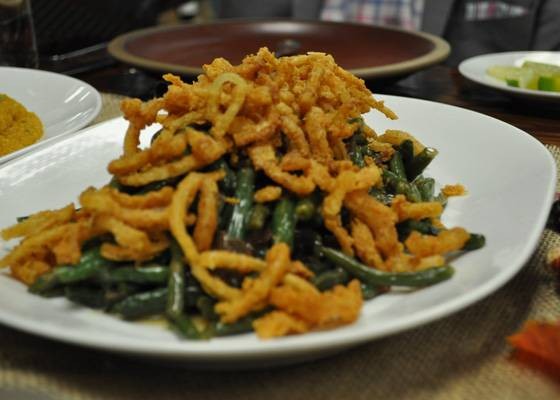 Despite some of the more haute iterations, the Thanksgiving classic was actually invented in 1955 by the Campbell Soup Company to -- yep -- find more uses for its cream of mushroom soup. More specifically, Dorcas Reilly and the Campbell's home economics department sought to create "a quick and easy recipe around two things most Americans always had on hand in the 1950s: green beans and Campbell's cream of mushroom soup."

Missouri came in No. 3, just two percentage points behind Kentucky and one point behind Wisconsin. The survey only ranks twenty states (at its lowest, 60 percent of New Yorkers like or love green bean casserole), so we can only imagine that the remaining 30 are insane Thanksgiving-haters who have nothing but contempt for the humble dish.

Bacon is also apparently the most popular secret ingredient, though we're pretty sure that's not much of a secret. In case you need it, here's the classic Campbell's casserole recipe: