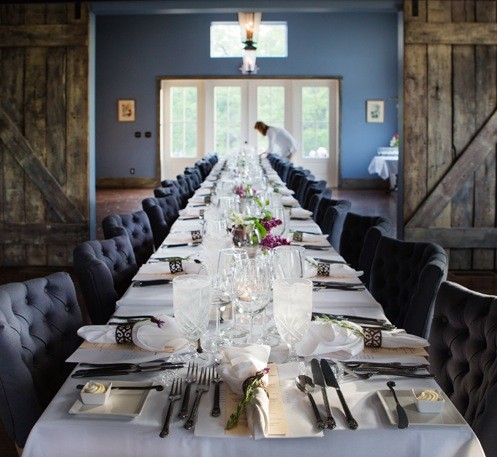 In this week's review, I visited Plank Road Pizza (5212 Highway N, Cottleville), the latest spot to open in St. Charles County's Cottleville. Buzz began surrounding the small community in 2009 when Stone Soup Cottage, a food lover's paradise, opened in the historic town. The word on the street is that Cottleville is poised to be the next Edwardsville, and these five spots lend credence to that claim.

Ask folks to name St. Louis' best restaurant, and you're likely to get a list of the usual suspects: Tony's, Sidney Street Cafe, Niche. Perhaps it's because of its out-of-the-way location that Stone Soup Cottage gets mentioned less frequently, but this Cottleville gem is undoubtedly one of the area's, if not the region's, top dining spots. Opened in 2009 by chef Carl McConnell and his wife Nancy, Stone Soup Cottage recently relocated from its original digs to a six-and-a-half-acre farm -- the same farm that provides the majority of the fruits and vegetables that go into its menu. The restaurant serves its elegant tasting menu for only one seating per night -- accordingly, reservations are impossibly difficult to come by. It's worth the effort, though, to enjoy true farm-to-fork dining.

According to the Exit 6 Pub and Brewery website, "If you saw it on a commercial, we don't have it here." The beer aficionados behind this Cottleville brewery have curated a list that includes 70 craft beers, five of which are brewed on premises.Though there isn't a kitchen, the people at Exit 6 will let patrons B.Y.O.F., even going so far as to provide takeout menus for places that will deliver to the bar.

Is it a chocolate shop that has a bar, or a bar that sells chocolate? Either way, VB Chocolate Bar peddles some of life's most decadent pleasures from its Cottleville storefront. Chocolatier Conor VanBuskirk and his wife, Stacey, own the adjacent VanBuskirk Artisanal Chocolates, known for its sweet truffles. It's no surprise, then, that VB Chocolate Bar is the place to go for chocolate martinis -- ten different varieties. The bar also has a good selection of craft beer, coffee and cigars. For those in search of Cottleville's best night cap, this is it.

Exit onto Highway K, turn left, and you'll be headed in the direction of Missouri wine country. For those who opt to head east instead, Cottleville Wine Seller provides a quaint alternative. Grab a bottle and enjoy it inside the historic, 1840s-era building or head out to the umbrella-covered patio.

Founded in the 1930s by Italian immigrants Phillip and Josephine Mannino, Mannino's Market reminds patrons of the good old days of grocery shopping: when your butcher knew your favorite cut of meat and the cashier would refer to you by name. Though it was founded in Ferguson, Mannino's moved to Cottleville in 1988 where it brings St. Charles County residents freshly made sausage, hand-cut meats and fresh produce. The nostalgia factor alone makes it worth a visit.