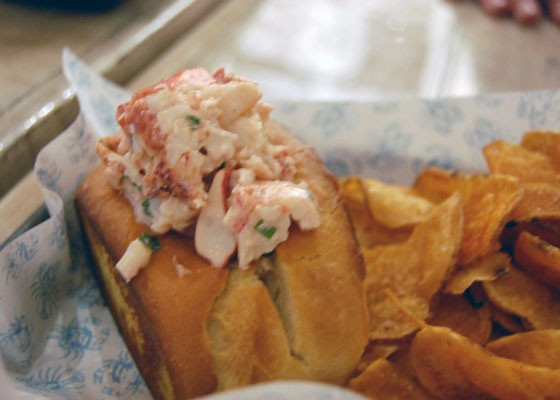 Peacemaker Lobster & Crab Co. (1831 Sidney Street; 314-772-8858) was the most anticipated restaurant opening this year, with so much hype it was the St. Louis equivalent of a Hollywood premiere. No one doubted that chef Kevin Nashan could pull off a classic lobster and crab shack in the middle of America, but just how well he has done it proves there is substance behind the sensation.

Peacemaker Lobster & Crab Co.'s signature dish, the lobster roll, is worth the hour-plus waits for a table. The Connecticut-style version is a decadent, butter-lover's dream, but the Maine-style roll is the restaurant's must-try option. Generous pieces of whole Maine lobster -- claws, tail, knuckles -- are lightly tossed with mayonnaise and lemon zest, letting the taste of the shellfish shine through. This lobster salad is then stuffed into a griddled buttery bun that tastes like brioche and Texas toast had a baby. Bite into this piece of perfection, close your eyes, and you'll swear you hear the waves crashing in the distance.