"Welcome, friends!" Cory King greets us as we walk in to his newest venture, the Side Project Cellar (7373 Marietta Avenue). It's the Friday before the public opening, and King has invited us, along with a small number of friends and family members, to check the place out. Karen King, his wife and Cellar co-owner, works behind the bar helping the new staff figure out the proper glass and pouring technique for each draft beer.

It has been just over a year since King released his first Side Project beers at Perennial Artisan Ales, where he works as head brewer. That first release drew a large number of fans, both locally and nationally, eager to try his innovative, small batch beers based almost solely on the reputation he earned while working at Perennial. Each subsequent release has only strengthened that reputation.

Cellar will be the public face of King's Side Project Brewing. The 50-seat space is very warm and inviting. Rustic wood furniture, custom-built by local maker Mwanzi Co., fills the space. It's a nice tie-in to Side Project's beers. Most of them are fermented in wooden wine or spirit barrels, and all of the beers are aged in them.

Guests will be able to order local and Belgian-inspired beers from one of the 24 taps or small cellar list. The Cellar also plans to offer two regular cask beer options, one dedicated to Civil Life beers. The other, which King calls "Foedre Beer" after the large wooden vessel used to age it, is a sour blond beer that serves at the base for a few of Side Project's popular releases like "Fuzzy" and "Fencerow." Replicating the way traditional Lambics are served in Belgium, King says it will be served flat, pulled from the foedre as often as possible, and he will occasionally add fruit to the cask.

Beyond beer, the Cellar will also offer whiskey and a small number of American and French wines. It will be open from 3:00 pm to 10:00 pm Tuesday through Thursday and from noon to 11:00 pm on Friday and Saturday. It will be closed Sunday and Monday.

Check out more images below. 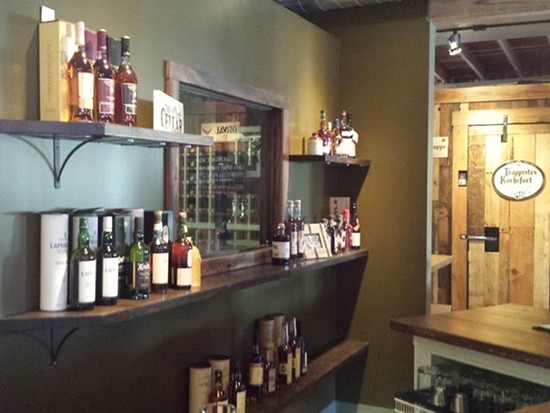