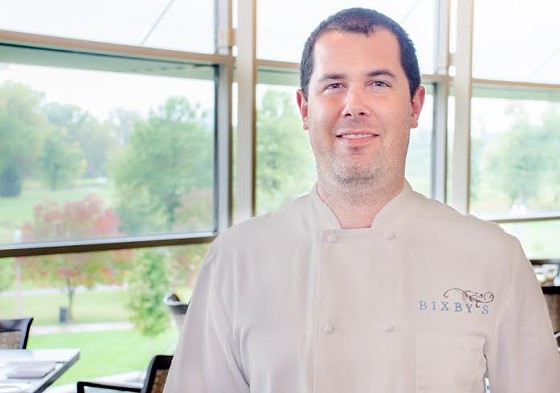 Chef Corey Ellsworth didn't realize his dishwashing gig in Bloomington, Illinois, would lead to a stint working for Thomas Keller's mentor. He was just an angsty seventeen-year-old looking to make some cash. That was, until over the din of clanking plates and the dish machine, he paid attention to the guys and gals working the restaurant's line. He was captivated.

See Also: Bixby's Named One of the Best Brunches in America

Soon, Ellsworth found himself doing some prep work; then he got bumped up to salads. Before he knew it, he was working shoulder-to-shoulder with his idols, manning the grill and sautée stations with the finesse of a kitchen veteran. He decided that if he wanted to progress in his career, he would have to leave Bloomington for the big city, so he packed his bags and headed to Chicago for culinary school.

Ellwsorth stayed in the Windy City for five years when the opportunity of a lifetime called him to the West. A position at the esteemed Ahwahnee Hotel in Yosemite National Park became available, giving Ellsworth the chance to work under Thomas Keller's mentor, Roland Henin. He honed his craft at the Ahwahnee, and brought with him what he learned from Henin to the now-shuttered Portabella in Clayton where he served as executive chef. After taking some time off from Portabella to travel throughout Central America -- an experience he credits as having a significant impact on his cooking -- he made his way back to Missouri, and eventually to Chandler Hill Winery.

Ellsworth's eclectic resume is now on display at Bixby's Restaurant (5700 Lindell Boulevard; 314-361-7313) at the Missouri History Museum, where he was recently hired on as executive chef. He took a break from settling into his new role to share his thoughts on the St. Louis dining scene, his long-time food crush and why all is permitted in his kitchen.

What daily ritual is non-negotiable for you? I have to read the news before I do anything else.

If you could have any superpower, what would it be? Predict the future.

What is the most positive trend in food, wine or cocktails that you've noticed in St. Louis over the past year? When I moved to St. Louis, chefs were leaving to start culinary careers. Now, everybody stays and collaborates. And you don't just hear about one great chef in each kitchen. It's common to have three or four rock stars!

Who is your St. Louis food crush? Angela Del Pietro [Hyatt Regency, St. Louis at the Arch] -- I've worked with her for years.

Which ingredient is most representative of your personality? Tomatoes -- they are adaptable, and in my opinion, complement almost anything.

If someone asked you to describe the current state of St. Louis' culinary climate, what would you say? St. Louis is impressive. We're turning into an extremely educated, adventurous city.

Name an ingredient never allowed in your kitchen. No such thing! I have always supported the creative use of ingredients, even if my guys decide to use an ingredient that I don't personally like.

What is your after work hangout? I love going to the park with my kids. We love exploring St. Louis attractions.

What's your food or beverage guilty pleasure? Chips and salsa.

What would be your last meal on earth? I've always loved eggs benedict...Bixby's seasonal benedict at their Sunday brunch!