The Six Best Ramen and Pho Dishes in St. Louis

As chilly fall temperatures sweep in, we're looking forward to steamy bowls of noodle soup, rich with umami, to warm us up. Cozy up with the best Japanese ramen and Vietnamese pho the city has to offer for a comforting way to beat the autumn frost.

See also: Death in the Afternoon makes lunch the most important meal of the day

At Hiro Asian Kitchen, the secret to an exquisite bowl of ramen is time. Clear, hearty pork broth is simmered for twelve hours, and pork belly is slow-braised with a secret combination of spices (a coveted recipe from owner Bernie Lee's mother) for eight to ten hours. Both are combined with fresh, medium-length and -thickness wheat noodles, roasted scallions, fresh bean sprouts, market fresh baby bok choy and topped with warm-centered hard boiled eggs. 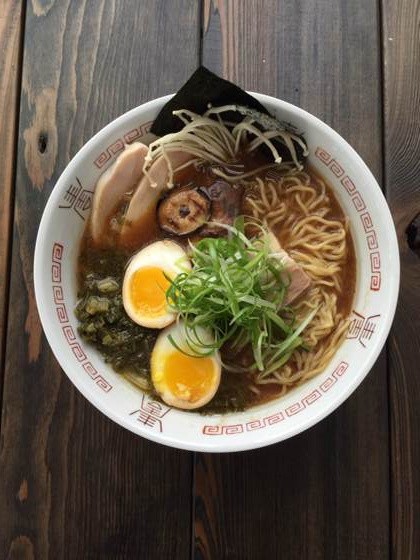 Death in the Afternoon chef Nicholas Martinkovic has received rave reviews for his ramen. The menu currently offers two versions. The chicken mushroom ramen is made from a broth of a fortified chicken stock and kombu dashi, "a double soup of sorts." It's served with fermented mustard greens, enoki mushrooms, braised char Sui pork belly, soy-poached chicken breast, grilled shiitake mushrooms, a marinated soft-boiled egg, nori and thinly sliced scallions. The secret behind the broth is the seasoning of each individual bowl with schmaltz and chicken tare. The turnip miso ramen features root vegetables, a soft-boiled egg, black garlic oil and mushrooms.

The secret behind Mai Lee's beef pho tai is owner Qui Tran's mother's variation on the traditional recipe and fresh toasted spices -- fennel seeds, star anise, clove, allspice and cinnamon. Beef bones are simmered for stock for eight to twelve hours. Ginger and onions are then roasted to bring out their sweetness. The stock is ladled into bowls with thinly sliced raw flank steak (the hot broth cooks the beef) and fresh rice noodles. 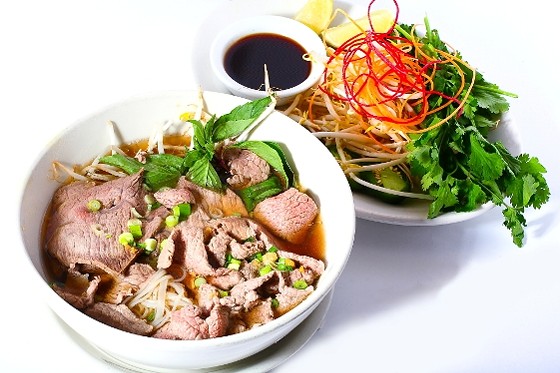 Pho Long, as you might imagine, offers a wealth of pho options for beginners and aficionados alike, including beef brisket, round steak, meatball, chicken, shrimp, tripe and ox tail. All are served with the customary sides of cilantro, basil, bean sprouts and jalapeno.