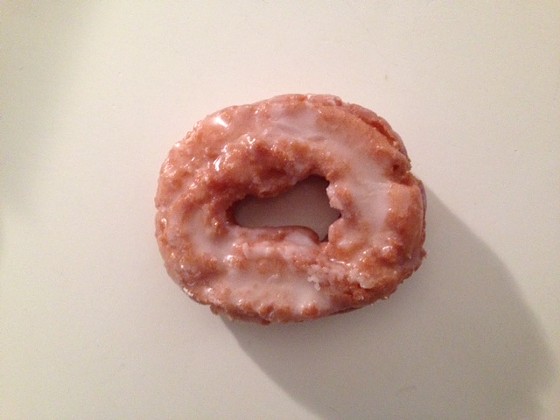 If there's one thing that unites our city besides baseball, it's our love of doughnuts. From Florissant to Wentzville, Overland to south city, the landscape is dotted with one mom-and-pop shop after another. Classic glazed, long john, cream-filled or Strange, there's no denying it -- St. Louis is a doughnut town.

Many claim to peddle the best doughnut, the mark of excellence typically determined by a shop's classic glazed offering. A few doughnut makers excel in other formats, however -- namely the buttermilk-cake variety. For this week's Thursday Throwdown, we branched out of our glazed comfort zone to use a different measure of doughnut dominance. Two heavyweights, O'Fashion Donuts (5120 Southwest Avenue; 314-772-0398) and World's Fair Donuts (1904 South Vandeventer Avenue; 314-776-9975), are consistently in the conversation for the best in town, so we were curious to see how they fared in this niche category.

For more than three decades, this quintessential doughnut shop has been infusing the air of its Southwest Garden neighborhood with the scent of fresh, fried goodies. The cash-only spot makes just about everyone's list of favorites. In addition to its nostalgic charm factor, World's Fair Donuts churns out some serious breakfast-time treats, including its buttermilk-cake doughnut. This version is dense and rich, with a generous, sugary glaze that forms a thick, crispy exterior. The inside of the doughnut has a creamy mouthfeel and buttery flavor. The result is a doughnut that tastes like a vanilla birthday cake. 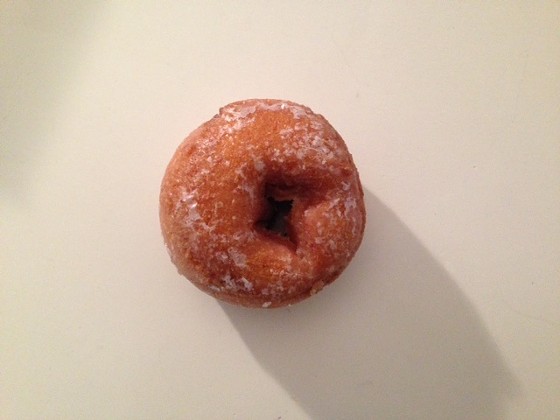 Passersby, and even regular patrons, may not even know the name of this tiny south-town shop. The little white shack on Southwest Avenue doesn't have a sign, unless you count the vintage placard that simply says "Donuts" that hangs from the awning. What O'Fashion Donuts lacks in marketing, it makes up for in flavor. Its buttermilk-cake offering is a pudgy nugget of fried, doughy delight. The thin layer of glaze tastes of vanilla, while the soft, pillowlike interior has a subtle lemon flavor.

Though technically they're the same type, the buttermilk-glazed doughnuts at World's Fair Donuts and O'Fashion Donuts are dramatically different. Texture-wise, World's Fair's version is much richer and heavier. Its flavor is all vanilla and quite sweet. O'Fashion's doughnut has a more complex, bright flavor, and it's fluffier. Both are excellent in their own right, but O'Fashion's lemony taste and lighter texture gives it the edge.