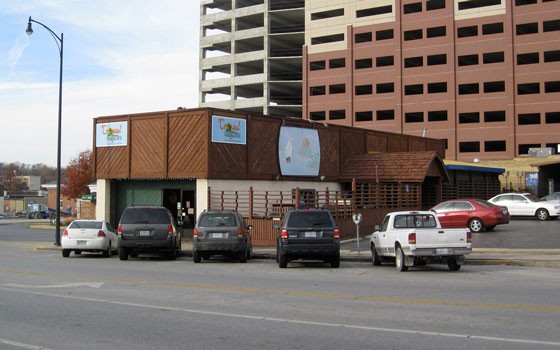 Mizzou mainstay Tropical Liqueurs, a.k.a. Trops, is finally coming to St. Louis. The bar, known for its alocholic slushies, is adding a Soulard location that will open next spring. It's the fourth Trops; there are two in Columbia and one in Springfield.

Local blog I Love Soulard got a tip about a liquor license at 1800 South Tenth Street this morning. Red Brick STL, which owns the former Gladstone's building, says that no lease has been signed yet but a possible tenant had in fact applied for a liquor license, perhaps a bit early.

Tropical Liqueurs confirmed to Gut Check via email that it is indeed franchising a location in Soulard, though owner Alan Dodds would not specify where. He did say Trops Soulard should open in the spring, just in time for all those Cardinals games and summer fun.

Trops first opened in downtown Columbia in 1985 and opened a second location at Providence Road and Nifong Boulevard in 2001. The Springfield franchise came in 2004.

We're pretty sure anybody who lovingly remembers getting extra-large styrofoam cups of Silver Bullet mixed with Tiger Paw (the ultimate combination, in our opinion) is overjoyed at this news. We're excited for summer 2015 already.