The Hours: Happy hour is offered Monday through Friday from 2 to 7 p.m.

The Deals: Discounted appetizers. Fifty cents off of drafts, wells and domestics.

The Scene: Hammerstone's dimly lit environs provide a low-key spot for hanging out in Soulard. Since 1996, Hammerstone's has carried on the neighborhood's festive Mardi Gras tradition, boozing year round from early morning until late evening. Mid-day happy hour at the watering hole shows a softer side of the bar. The room, which frequently bustles with live music and a robust nightlife crowd on the weekends, makes way for a quieter atmosphere ideal for a laid-back drink or two.

The Food: From its appetizer menu, Hammerstone's offers half-price pizza, toasted ravioli, wings, hummus with pita bread, and onion rings, as well as a half-order of chicken tenders and fries for a discounted price.

Did Hammerstone's make the grade? Find out on the next page.

The Verdict: While the selection doesn't stray far from the standards, Hammerstone's does them well and for a fair price. We opted for the St. Louis-style options: toasted ravioli and a nine-inch pizza, and neither disappointed. In fact, they were both exactly what we expected, and sometimes that's all this happy hour enthusiast could ask for. 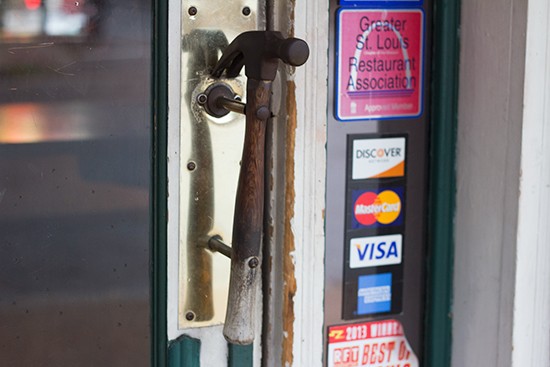 The ravioli came out piping hot and not the least bit soggy, served with a requisite dusting of Parmesan and bright marinara sauce. The pizza was a mini but mighty one with gooey Provel and greasy pepperoni. We only regret that we didn't try "Hammerstone's Famous Chicken Tenders," which appear to be breaded in... cornflakes? Bring us a couple beers; we're not complaining. 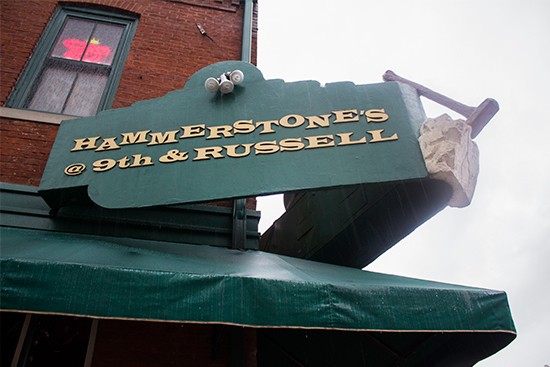