Collaborations between breweries aren't exactly new, but their results have become a much more common sight on area beer shelves lately. They can give brewers a chance to exchange ideas with others and mix their individual house styles. The best collaborations often result in something unique that neither brewery would normally make on their own.

In the last year, we've seen local collaborations from Schlafly and Sam Adams and Columbia's Log Boat Brewing Company and 4 Hands. Now New Belgium has released a beer made with Perennial Artisan Ales (8125 Michigan Avenue; 314-631-7300): the Salted Belgian Chocolate Stout. You can currently find it in stores across the St. Louis area as part of New Belgium's "Lips of Faith" series of beers.

Talk of a collaboration between the two breweries began a little over a year ago, when Perennial brewmaster and co-owner Phil Wymore ran into New Belgium's wood-cellar manager Lauren Salazar at an industry conference. As part of her job at New Belgium, Salazar blends its highly regarded sour beers, so the Perennial team initially wanted to take the collaboration in that direction. Salazar, however, really wanted to play on Perennial's reputation for killer stouts, such as Abraxas and the Sump coffee stout.

With that in mind, Wymore developed a Belgian stout recipe late last year, brewed up a test batch and sent several bottles to New Belgium for evaluation. New Belgium loved the beer and came up with the idea of adding a salted-chocolate flavor. After the two breweries agreed on the final recipe, representatives from Perennial, including Wymore and head brewer Cory King, made a trip to Colorado early last August to help brew the initial batch at New Belgium headquarters. In all, the total amount of Belgian Salted Chocolate Stout nearly rivals the entire amount of all beers Perennial will produce this year. 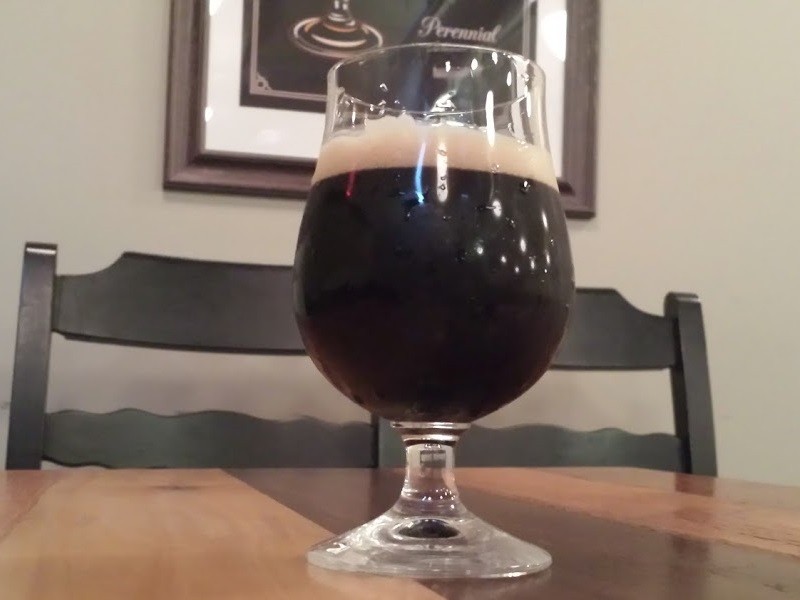 Perennial premiered the collaboration last Thursday at its tasting room, and Gut Check made a visit to check it out. The beer has a wonderfully dark complexion and smells lightly of roasted malt. Upfront, the taste is mildly sweet with hints of fruity esters and just a touch of spiciness. The aftertaste is dominated by dark chocolate and a slight tinge of salt. Overall, it's a wonderful beer with an interesting array of flavors. If we could change one thing, it would be to add a little more salt: For a beer with "salted" in its name, it could be a bit more prominent.

Salazar is in town this week, making stops at many local events hosted by New Belgium. You can have a chance to speak with her and Phil Wymore about the new beer at SOHA Bar & Grill (2605 Hampton Ave; 314-802-7877) today, October 16, or at Three Kings Public House (6307 Delmar Boulevard, University City; 314-721-3355) on Friday, October 17. As part of her visit, she will also help Perennial rack a version of the Salted Belgian Chocolate Stout it brewed in St. Louis into whiskey barrels. That version will be released in about a year.