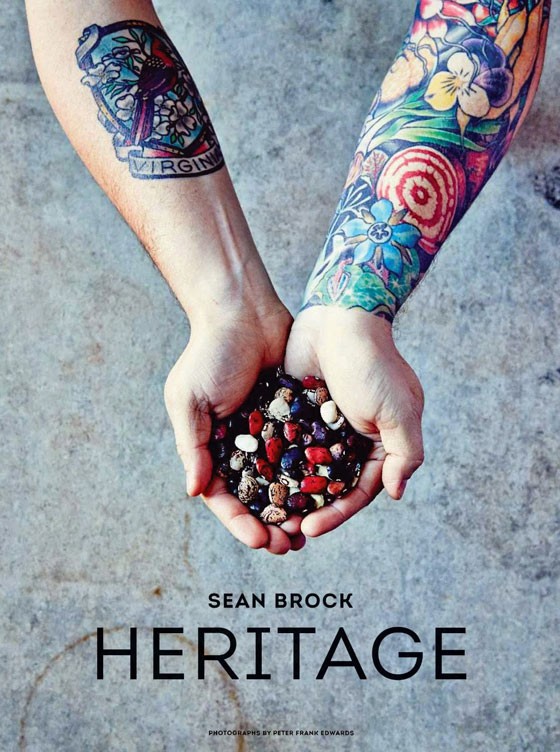 James Beard Award-winning chef Sean Brock has just come out with his first cookbook, Heritage, and Kevin Nashan will be hosting his St. Louis book signing. Not only will Brock be on hand to discuss his elegant Southern recipes, but the kitchen at Nashan's Peacemaker Lobster & Crab Co. (1831 Sidney Street; 314-772-8858) will be cooking up some of Brock's food.

"He's been in the industry a long time, and we've followed him," Nashan says of Brock. "He's a chef's chef and cook's cook kind of guy -- he's so true to the ingredients, and speaking to the purity of stuff, so [he's] one of the chefs I really admire."

Nashan and his staff will be making four savory and two sweet recipes from Heritage in a tasting format with a few of Brock's cocktails, plus wine and beer. Brock last worked with Nashan at Sidney Street Cafe's ten-year anniversary -- on crutches.

"He was such a trouper because he literally broke his leg a week before that, so he literally cooked on crutches. That was pretty incredible," Nashan says. Brock will be (hopefully) crutch-free this time, and will actually be able to talk with people instead of coming out for a few minutes after cooking.

"You get a couple hours [with him], and its not like there's going to be a thousand people there, so it's a good way to get to know a chef you normally wouldn't get to know," he says. "He's a big name -- he's doing some incredible stuff in the industry nationally."