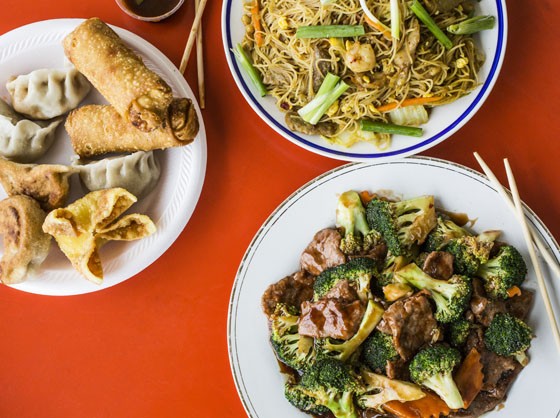 When the Han Dynasty fell apart in 221 AD, members of the royal family fled south to Sha County to escape the invading forces. According to Chinese folklore, they brought quite an entourage with them: concubines, artisans and an army of cooks who turned the area into a food hub. Many believe that modern-day Sha's vibrant culinary tradition descends directly from the royal kitchens, making it an edible history.

That this link to China's culinary past can be found at Bek-Hee, a hole-in-the-wall Chinese takeout restaurant in Overland, came as a huge surprise to me. I'd driven by the place many times and assumed it was a dump — greasy, out-of-a-bag, Americanized Chinese food. And it basically was that, until the Lin family, expats from Sha County, took it over about six months ago and infused the menu with bits of their hometown's specialties.

Still, passersby should not be faulted for failing to give Bek-Hee a second glance. Set amid strip malls and budget apartment complexes on Page Avenue, the restaurant blends into the north-county landscape as just another chop suey joint. That's not completely inaccurate. The Lins have kept most of the bastardized Chinese staples on the menu: St. Paul sandwiches, hot braised chicken, pork-fried rice with gravy. Yet, hidden among these inauthentic dishes are some traditional Sha-style gems that, when word gets out, should put Bek-Hee on the map.

The roast-pork egg rolls, for instance, exemplify the gulf between housemade and ready-made food. Bek-Hee patriarch Jin Lin prepares the wonton wrappers from scratch, then fills them with peppery roasted pork and cabbage braised in the pork's juice. The thick, textured wrappers are fried to a crunchy golden brown. They're juicy enough on their own — adding the packet of sweet and sour sauce would be an abomination.

It is difficult to top these egg rolls, but Bek-Hee's vegetarian spring rolls do just that. I'll go out on a limb and deem them the best in town. How a paper-thin wonton wrapper can contain such an overstuffing of perfectly cooked cabbage, peppers, onions and carrots is mind-boggling. Again, dipping sauce is not advised.

I do, however, recommend using the accompanying sauce for the fried pork dumplings. In fact I suggest ordering a vat of this sauce, and dousing everything within sight in it. Lin will not disclose any information about his recipe for this liquid gold ("It's dumpling sauce," is all I could get out of him, even through an interpreter), but I suspect it is a blend of rice wine vinegar, fish sauce and copious amounts of fresh garlic. His housemade pork dumplings provide a delicious vehicle for the sauce. The fist-sized dumplings are enormous and filled with sweet ground pork. Lin admits that his wrappers are still a work in progress because they are a touch too thick, but I didn't mind. Steamed, their texture was silken; when fried, the bottom took on a pleasantly crisp texture. If these are sub-par in Lin's book, I am eager to see what's yet to come.

Lin also makes Bek-Hee's lo mein noodles by hand — the extra effort pays off in both texture and taste. His son, Jian, recommends the "house special" version that is tossed with beef, pork, chicken, shrimp and vegetables. The sweet and savory sauce tastes like a blend of floral plum sauce and soy (again, the senior Lin would not divulge his secrets), and it clings to the soft, slightly sticky noodles with each bite.

When asked about his favorite dish, the younger Lin did not hesitate. "The Singapore chow mei fun." I understand why he claims to eat this dish every day. The micro-thin rice noodles, served with chicken, shrimp, beef pork, onions, and bok choy, are tossed in yellow curry that is simultaneously floral and fiery. It delivers a delicious, perfumey burn.

Though the Lins are most proud of their traditional offerings, they approach their American-style dishes with care. The from-scratch sauce on the hot braised chicken is more complex than others I have tried — pungent vinegar, garlic and a load of crushed red chile peppers give the often one-dimensional dish layers of flavor. Even the crab Rangoon is packed with double the amount of oozing cream cheese and sweet crabmeat than what is typically served elsewhere. 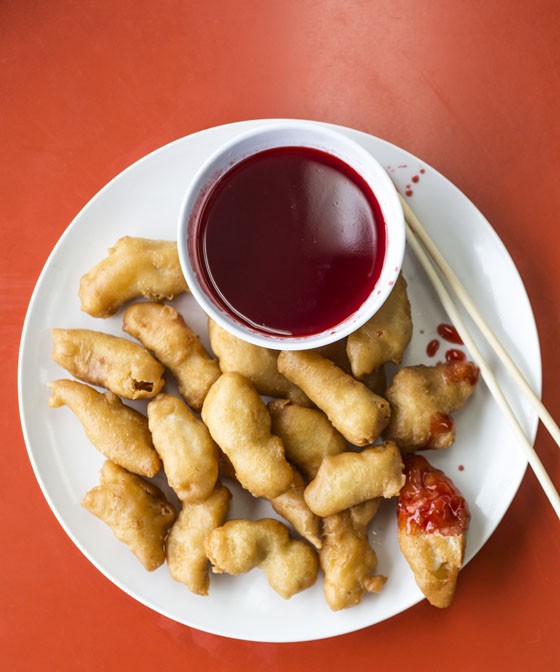 Diners should be forewarned: Bek-Hee's portions are obscenely large. Full orders of any of the dishes I tried could serve three people. An order of the mammoth dumplings consists of eight. Our bag for a two-person takeout order needed reinforcements: The Lins had to cut a rectangle out of an old cardboard box to serve as a base for the paper to-go bag.

When asked what his family's vision is for Bek-Hee, Jian says that they want to open a place that specializes in Sha cuisine, but they don't think there is enough of a local market for it. That may be true now, but it won't be once St. Louis gets its first bite of Bek-Hee's royal treats.