Warming Up with Whiskey-Based Cocktails at Small Batch 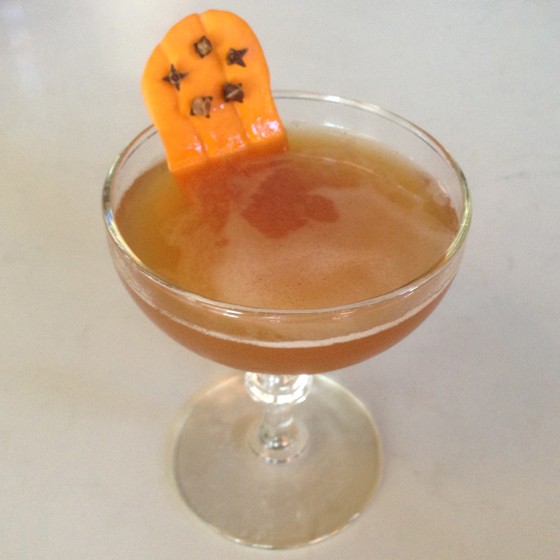 Fall cocktails are starting to make appearances all around St. Louis. When the temperature drops, the base liquor of choice is whiskey. What better place to taste new whiskey-based cocktails than Small Batch? Within the next couple of weeks, Small Batch Whiskey and Fare (3001 Locust Street; 314-380-2040) is releasing a new fall cocktail list. The Drunken Vegan sampled four of these new cocktails and, spoiler alert: They're all really good.

The "Bourbon Apple Fizz" starts with a housemade apple cider. "We have all this juice from the apples they roast at Rooster, so we made a cider, and we wanted to use this Empire ginger beer -- it's really nice and spicy," bar manager Tim Wiggins explains. "We tried rye, but it dominated too much, so we switched to the James E. Pepper 1776 bourbon. It's 100 proof."

The drink is balanced, with tart apple and some nice ginger and warm pie spice notes. There is a little sweetness, but it's cut by the bitterness of the Campari. The effervescence of the ginger beer keeps it light.

The "Pumpkin Spiced Old Fashioned" uses a housemade spiced simple syrup. "We boiled down a butternut-squash purée with sugar in the raw, clove and cinnamon," general manager William Booth says. "We tried all the premade mixers and hated them," Wiggins adds. "It took about nine batches to get the pumpkin-spice syrup right."

It was worth it. First you get bourbon, then clove and vanilla. It's sweet, earthy and spicy. Overall, it's a great seasonal take on the classic Old Fashioned.

When there's a chill in the air, though, sometimes the warmth of whiskey alone isn't enough. Small Batch has some hot cocktails ready for you for those upcoming cold and drizzly November days.

The "Hot Bourbon Chai" ups the spice and warmth factor of a basic hot chai with the addition of James E. Pepper's 1776 rye whiskey. It can be made with coconut milk for vegans. (As a side note, all of these syrups, including the chai simple syrup in this cocktail, are made from raw -- that is, vegan -- sugar. 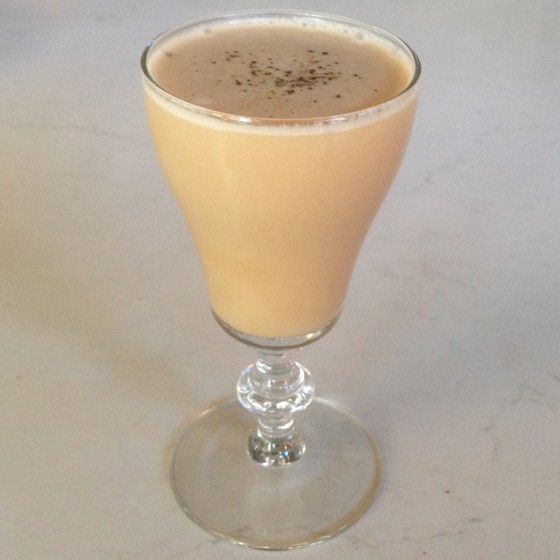 The final product is earthy, spicy and complex. A little alcohol heat makes this spicy chai cocktail extra warming. It's just the thing for a cold fall evening.

The "Kentucky Coffee" is a bit of a production -- it's almost as much fun to watch as to drink. Brown sugar and Stagg Jr. bourbon are flamed and swirled. A big glass-filling blue flame caramelizes the brown sugar onto the surface of the glass. This is poured into a mixer with cold-brewed coffee. It's all heated up with the frothing wand of an espresso machine, then topped with fresh whipped cream. (There is a tasty coconut version for vegans.)

"It's meant to be drunk through the cream," Wiggins explains as he carefully tops the thick coconut cream with cinnamon and cayenne pepper. The rich, deep coffee flavor has a little bourbon in the background. This is a real improvement over Irish coffee. The vanilla and spice of the bourbon make it a much better match for coffee than the comparatively insipid Irish whiskey. This tasty after-dinner drink leaves a kiss of heat and warm spice on the lips so you can remember it long after it's gone.

Whether you choose hot or cold, iced or up, you can't go wrong with the inventive -- and reliably tasty -- whiskey cocktails at Small Batch this season.