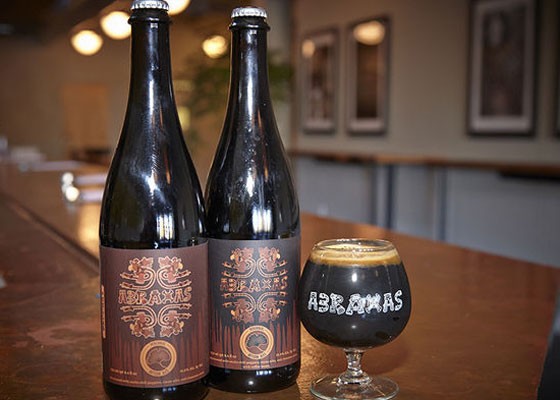 Pretty much ever since Perennial Artisan Ales (8125 Michigan Avenue; 314-631-7300) opened in 2011, it has had a cult following. And no brew in town has a bigger one than the rare Abraxas. It's "deep brown with a thick head, [and] a complex body with a delicious lingering roastiness...intended to challenge and excite the palate," says Perennial, and it's been named the best beer in Missouri.

Business Insider teamed up with the site RateBeer (a sort of Yelp for craft beers across the country) to name the best beer in each state. "Abraxas, a word of mystical origin, perfectly describes this 11% imperial stout from St. Louis' Perennial Artisan Ales," Business Insider writes. "Brewed with cocoa nibs and ancho chiles, it ages for nearly a year in rye whiskey barrels."

We're certain a lot of beer aficionados in town would agree; the lines of eager fans and necessity of release guidelines is a testament to how popular the brew really is. The paucity of Abraxas releases means not that many people have had it, though, so we're not really sure if it is, in fact, the best beer in Missouri.

We called Perennial head brewer Cory King for his thoughts, but he didn't respond to our voicemails. What do you think -- does the Abraxas deserve the Best Beer title? Or is it too highbrow?