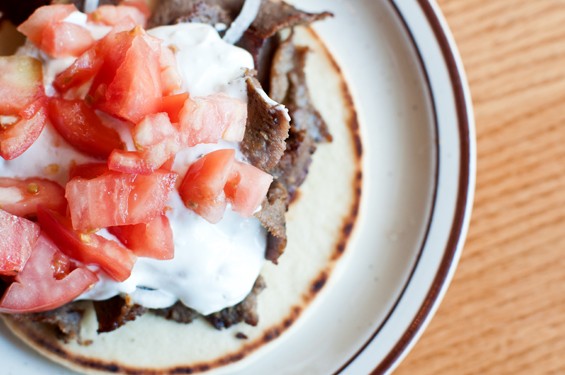 For more than three decades, Olympia Kebob House & Taverna has been the go-to place for Greek food in St. Louis; its gyros have much to do with its staying power. The heart of the sandwich, beef and lamb meat cooked on a rotisserie, is thicker and less compressed than that on a typical gyro. It's more of a ground-meat texture, so that it forms chunks rather than strips when sliced -- it's a bonus when some of the meat's crisp, greasy edges find their way onto the plate. Olympia places a generous portion of this deliciously seasoned meat onto a warm pita then tops it with chopped tomatoes, white onions and a mound of its thick, garlicky tzatziki. 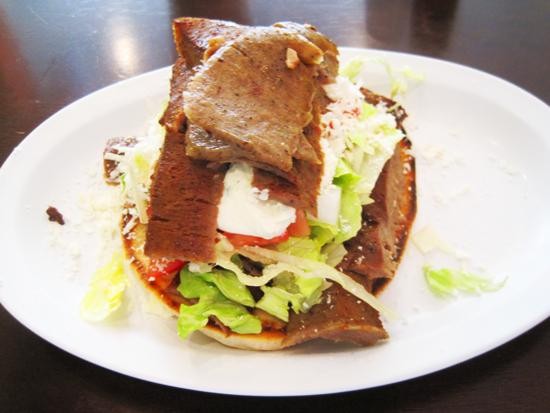 Following the tragic death of its founder, some long-time Gyro House employees took over the business and moved it from its original Loop location on Melville Avenue to its current home across from the Pageant. They may have changed locations, but the food is just as good as the original. The gyro is no exception. Gyro House's version consists of thin strips of well-seasoned lamb and beef piled generously on griddled pita. The sandwich is then topped with tomatoes, white onion, shredded lettuce, crumbly feta cheese and served with a side of thick tzatziki.

The pita is better-seasoned and griddled at Gyro House, and the bonus toppings of lettuce and feta are a welcome touch. However, Olympia's garlicky tzatziki and chunks of thick, juicy meat give it the edge.