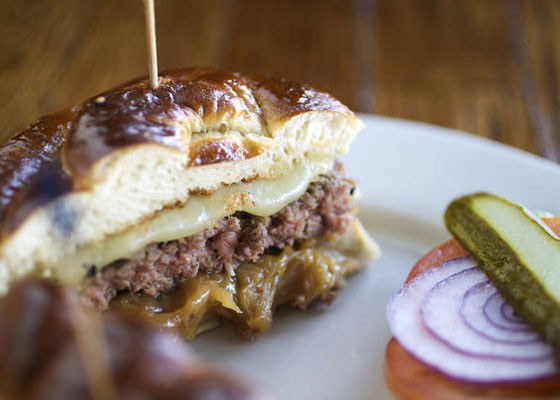 Bailey announced plans for Rooster No. 2 back in October; it includes an expanded menu and dinner hours (Rooster downtown closes at 3 p.m.). He told us last year that the space includes an acre of land that he eventually plans to build another restaurant on. He also recently opened a vegetarian-focused spot, Small Batch (3001 Locust Street; 314-380-2040), and is working on a barbecue restaurant. Look out for a peek inside later this week.

Three Kings Pub is one of our go-to spots in the Loop (and not just because it's across the street from Gut Check World Headquarters). Now you west-county folks can see what all the fuss is about. The bar and restaurant is known for its rotating taps full of local and out-of-town craft favorites, plus tap takeovers from the likes of 4 Hands, Deschutes, Goose Island and more.