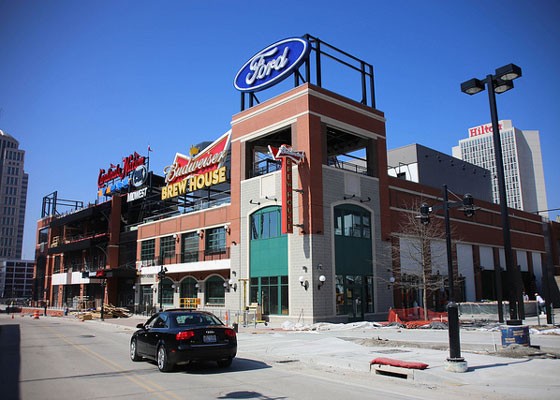 Cardinal Nation is going strong as we head into Game 4 of our series against the Dodgers in the postseason. But Cardinals Nation, a restaurant at Ballpark Village, is also ready for the playoffs. The two-story restaurant and bar has added some exciting items like stuffed pretzel sticks, chicken bruschetta and even, yes, that rare bird: spinach artichoke dip.

You can also get pumpkin, peach or apple pie blended into a vanilla shake, or chomp down on an "Octoberfest Burger," which is German because it has a pretzel bun, fried pickles and beer mustard. There are also some new drinks, but come on, you aren't drinking anything other than a Bud at Ballpark Village, are you? Hey, free cups though.