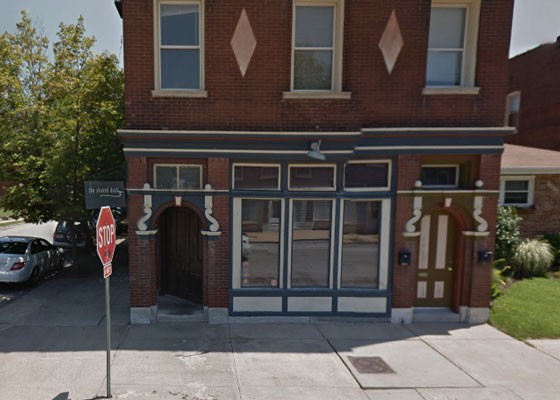 Two Tower Grove East restaurants were vandalized this week in what is becoming an alarming pattern. Grove East Provisions (3101 Arsenal Street; 314-802-7090) and the Shaved Duck (2900 Virginia Avenue; 314-776-1407) were both targeted, but police say as of now, they are treating the incidents as unrelated.

The Shaved Duck was the victim of second-degree burglary on September 28 early in the morning.

An officer responded to the above location for the report of a "Burglary". Upon the officer's arrival, he spoke to a witness who stated an unknown person(s) , by unknown means had forced open the door of business, damaging the door. The alarm panel was also ripped from the wall, The owner of the business responded to the scene and stated no property was missing. The investigation is ongoing.

The next night, around 2 a.m. police were called to Grove East Provisions.

A witness reported hearing the sound of glass breaking outside of his residence. The witness went to the window to investigate the source of the noise and observed three black male teens running from the scene. The witness went outside to further investigate and observed a rock had been thrown breaking the glass window of the business. Police were called and the owner of the business responded to the scene. The investigation is ongoing.

Grove East Provisions owner Barry Kinder tells us this is the third time this has happened in about three weeks, but this is the first time there was actually a witness. Kinder says unfortunately this time the window pane with the Phil Jarvis painting on it was the one that was broken.

"From being a local and living around the corner, my guess is that it's really a few, very few, people that's really created the uptick [in crime]," he says. "It just seems like the exact same thing is happening to all the places including residences -- the brick through the window. I don't think it's a bigger situation or connecting with Ferguson."

Shaved Duck owner Alistair Nisbet posted about the incident on Facebook. "Hey everyone the Shaved Duck was broken into around 5.30 this morning. No one at the restaurant and nothing of great value taken. Took a crow bar to the front door. Just a heads up folks sorry for crappy news!! No clean up required thankfully, they got in front door ripped off alarm panel and took very little as far as I can tell. Police report was filed crime lab out for fingerprints and such. Will keep you posted if we hear anything!!"

St. Louis Metropolitan Police information officer Schron Jackson told us via email that the incidents do not seem to be related at this time. "However, investigators will examine every aspect of the incidents to determine if they are connected, and attempt to identify those responsible," he said.

If you have any information about either incident, you can call the Second District South Patrol Division at 314-444-0100.