Introducing Gift Horse, the Best Way to Give Juniper's Housemade Goods for the Holidays 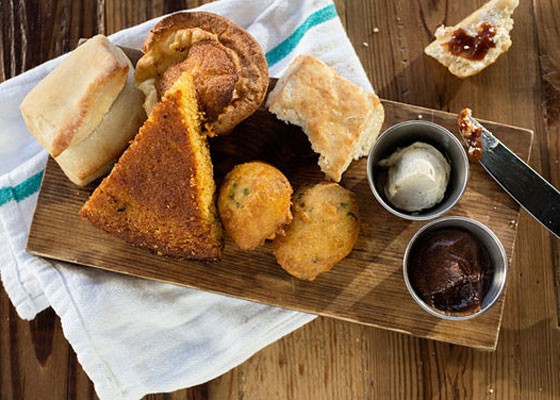 Just in time for the holiday season to begin, Juniper (360 North Boyle Avenue; 314-329-7696) is developing a retail element for some of its most popular accouterments. It's called Gift Horse and it will debut online and at the restaurant in several weeks.

Perkins says the team is still working on packaging (but it will be "really cute") for goods such as Juniper's housemade pimento, biscuits, apple butter, pickles, pound cake and the like. Items will be available individually at the restaurant and in gift bags, which Perkins says will be reusable totes.

"It really kind of spans the gamut of things sweet and savory," he tells us. "We thought it would be a fun idea, and people really enjoy that kind of stuff, especially for the holiday season."

Perkins hopes to have at least images of details of what Gift Horse will be offering in a few weeks. There will be limited shipping and pickup available at the restaurant. Prices aren't nailed down yet, but he says it will be competitively priced with similar things around town, though there will be a bit of a range.

We know what we'll be asking Santa for this year -- a stocking stuffed full of goodies from Juniper.