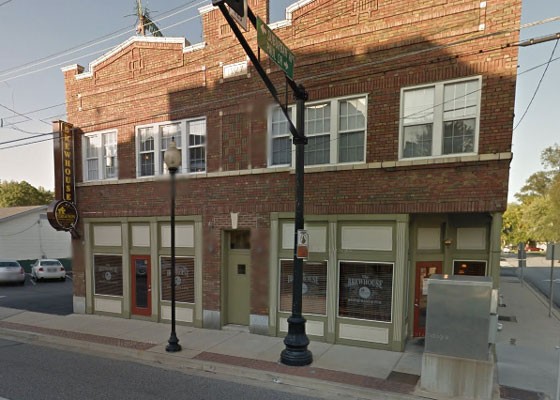 Yoga Buzz has been mixing exercise and, yes, beer, all summer at places including the Schlafly Tap Room, Morgan Street Brewery and Urban Chestnut. $20 nets an hour of yoga, a commemorative pint glass and, of course, beer. Each event also benefits a different charity. Next week, though, Ferguson Brewing Company (418 South Florissant Road, Ferguson; 314-521-2220) is hosting to benefit the Ferguson Youth Initiative (FYI).

See also: 5 Ferguson Restaurants You Should Visit This Week

Ferguson Brewing owner Mike Lonero suggested FYI as a beneficiary (some proceeds will also go to the St. Louis Brewers' Guild) because he has been an active supporter of the nonprofit for years. FYI describes itself as an organization that serves "the youth of the Ferguson community by encouraging them and engaging them as active members of the community, developing programs as needed, and further communicating and partnering with existing community youth programs."

The event starts at 6 p.m. on Monday, September 29, at Ferguson Brewing Company. You'll do yoga for an hour and then enjoy a Ferguson brew afterwards. DJ Selkie will also be on hand, plus you can win door prizes. Tickets are available here. Upcoming Yoga Buzz events include the Anheuser-Busch Biergarten on October 22. and the St. Louis' Brewers Guild Harvest Festival on November 1.