Nick Miller Talks the Future of Bissinger's and the Caramel Room 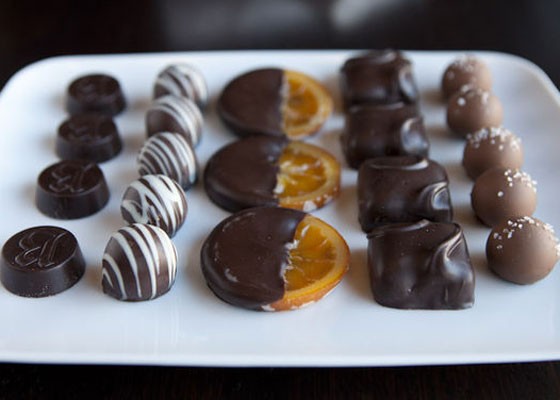 Nick Miller, formerly of Harvest (1059 South Big Bend Boulevard Richmond Heights), was recently announced as the new chef at the Caramel Room (1600 North Broadway), Bissinger's new event space. We talked to Miller about the Bissinger's legacy and moving on after Harvest.

"Even though it's a large company, it's an artisanal company, so obviously that's going to attract me since that's what I like to do, Miller says. "[They're] truly committed to bringing Bissinger's back to the way that it used to be and supporting the local economy. I've been doing farm-to-table at Harvest forever, and they want to continue that there at this event space."

Miller says Bissinger's was after him as soon as Harvest announced it was closing, but it's taken a while to get everything tied up at his old restaurant. Now, though, Miller says he can finally focus on the Caramel Room.

"A lot of different things had crossed my mind [after Harvest], but the truth of the matter is that generally events are going to happen over the weekend, which will open up my weekdays a little bit more for my family," he says. "That little bit of time that you get to come home and still see the family, especially when they're young is immeasurable. That's what sent it over the top for me."

The menu is still in the works, but Miller says he will incorporate Bissinger's sweets whenever possible while focusing on local ingredients. There are also some plans to revive Harvest favorites, though nothing is set yet -- Miller wouldn't say whether we'll see that famous bread budding again.

The Caramel Room will open September 29, with a grand opening in October. "It's an absolutely gorgeous venue," Miller says. "Our team is really bringing everything together nicely, so I look forward to seeing [everyone] out there."