Critic's Notebook: An Olive Branch to the Residents of New Town 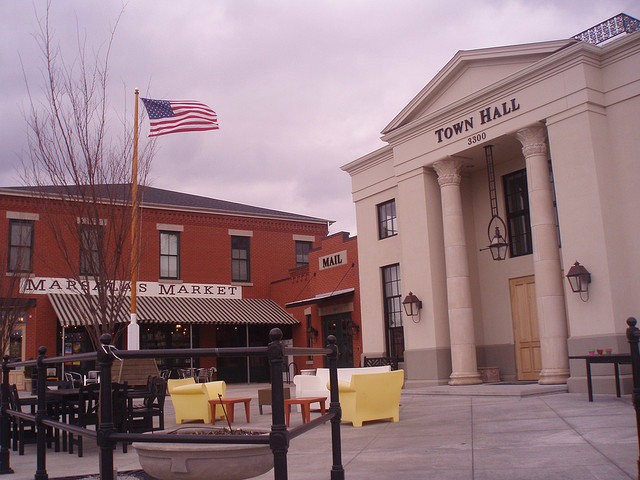 Editor's note: This week, we published food critic Cheryl Baehr's review of the Crossing at New Town. After hearing from readers and residents, we've decided collectively to use our weekly "Critic's Notebook" column to respond directly to some negative feedback to the article. Here it is.

When I took this job, I learned quickly to take online comments with a grain of salt. So often, they are no more than mean-spirited rants. However, when the comments and emails began rolling in regarding my recent review of the Crossing at New Town (3331 Rue Royale, St. Charles; 314-606-3262), I took notice. It wasn't simply the sheer volume of the feedback -- there was a lot -- but the common theme also gave me pause. After reading through every each one and discussing this matter with my editors, I have come to the following conclusion: I was out of line.

Let me be clear -- this mea culpa extends merely to my comments about New Town itself. Residents took major issue with my characterization, and after some careful thought, I've decided that they are right. I should have limited my criticisms to the food at the Crossing. For that, I apologize. My attempt to paint a picture for those unfamiliar with New Town came across as just plain mean, and I regret the insult to the people of the community. Folks have many different motivations for where they choose to live and make their decisions based on what is best for themselves and their families. It is not my place to judge these choices. As one resident rightly pointed out, I am not an urban planner. I'm a restaurant critic.

That said, I stand behind my impression of the food and my overall negative reaction to the restaurant. Regardless of where it was located, I would have drawn the same conclusions. It is my role to judge food, and I will continue to do so frankly and fairly. In the future, I'll stick to just that.