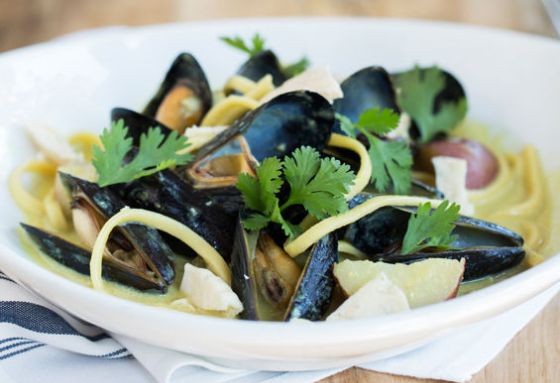 With exceptional seafood options like this, it's hard to believe St. Louis is hundreds of miles from the sea. These ten restaurants offer land-locked seafood lovers the variety of fresh and flavorful dishes one often associates with coastal towns just steps away from an ocean full of fish. No need to travel, we've got everything you need right here. 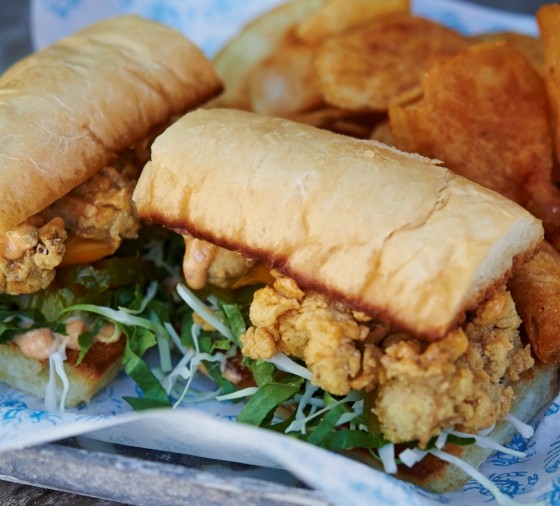 The Peacemaker Lobster & Crab Co., which opened to much acclaim just last week, is the creation of Sidney Street Café chef and owner Kevin Nashan. The menu was inspired by Nashan's time spent cooking and living in New Orleans and his travels in Maine. The restaurant takes its name from its signature dish, "The Peacemaker" — a fried oyster version of the New Orleans po' boy sandwich made from a hollowed loaf of French bread that is buttered and filled with fried oysters and finished with lemon juice and pickles. Additional menu items include steamed blue crab, seafood boils, chowders, gumbos and a raw bar with crudos and oysters from the Gulf and Atlantic ocean.

If you're craving oysters, the DeMun Oyster Bar is the perfect spot to indulge in the creamy, sweet mollusks of the Pacific Northwest including the popular Kumamoto oyster and, when available, the coveted Olympia oyster. The selection changes daily according to the day's fresh delivery. For the uninitiated, a good way to dive in might be the oyster combination platter which offers three oysters to try — one fried, one grilled and one raw. Other menu items include a hearty oyster stew, stuffed oysters, mussels, clams, crab cakes, grilled salmon, ribeye and pasta. The quaint French bistro décor adds the perfect touch of pearly elegance.

With more than twenty seafood items on the menu (and just a few each from land —chicken, tenderloin and a pork chop), Oceano is a celebration of all things from the sea. The menu takes its cue from flavors that have stood the test of time from coastal cities around the globe and features many mouth-watering dishes not found anywhere else in St. Louis: spiced south pacific big eye tuna, fennel-dusted and seared scallops, walleye, steamed shellfish soffrito, grilled branzino and a red chili rock shrimp chop salad, just to name a few. 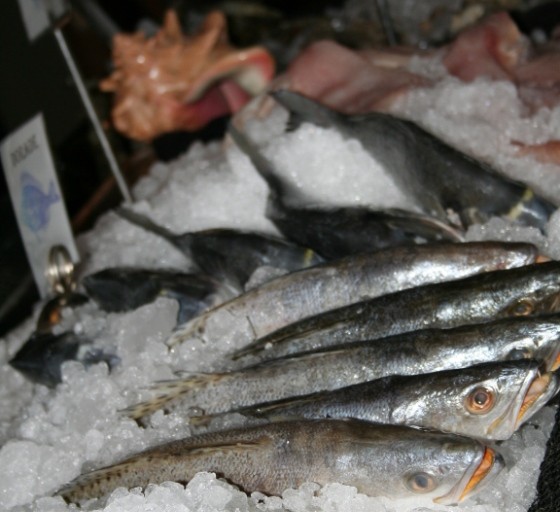 Vin de Set's French-American menu already includes a wealth of seafood dishes, such as spicy crab beignets, pan seared sea scallops, bouillabaisse and corn battered Troutdale trout. Thursdays, though, are a special day for seafood lovers. Executive Chef Ryan Buettner has partnered with Bob's Seafood to have whole fresh fish flown in every week for an open air, European-style seafood market held spring through fall. Diners can choose between whole fish, prawns or oysters and have them grilled to order right in front of you. Each week's fresh catch is listed on Vin de Set's Facebook page by 11 a.m. every Thursday morning. 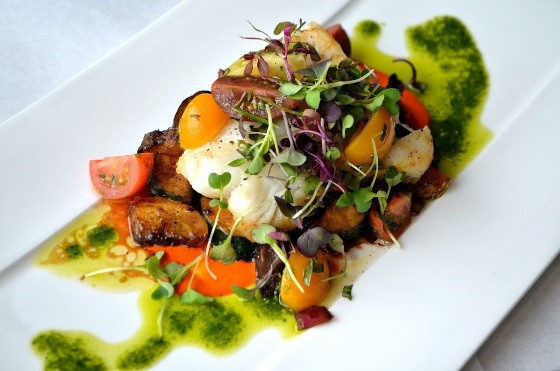 Scape is an eclectic blend of classic and contemporary American cuisine with a extensive selection of seafood dishes, such as caviar, mussels, crab cakes, scallops, tuna, swordfish, Alaskan halibut, Virginia sea bass and a rotating oyster and sashimi bar. The dayboat special is the chef's inspiration from the day's freshest catch and is listed daily on Scape's website and Twitter feed. Pictured is a Florida grouper dayboat special with grilled vegetable ratatouille and arugula pesto.

The Libertine is billed as a "neighborhood eatery" that focuses on seasonal, regional and sustainable created in close relationship with local farmers. The menu is at once inventive and familiar with a slight nod to Chef Galliano's southern roots. The current menu features grilled octopus with yogurt tahini sauce, crowder pea caviar, melon and cherry tomatoes and a she crab soup with a blue crab spring roll, sherry pearls and Marash chile. 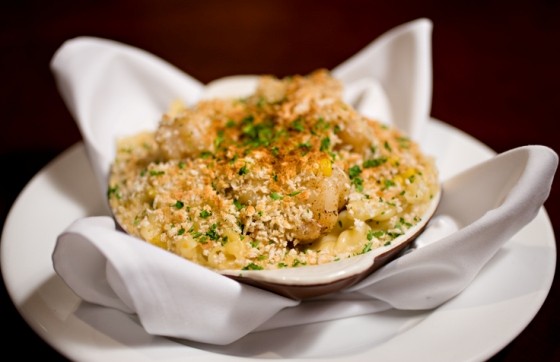 Bar Italia offers traditional Italian at its location in the heart of the Central West End and is the perfect spot for digging into a hearty cacciucco aromatic, a seafood stew with fresh fish and seafood in a tangy tomato-garlic white wine broth. Some say that at least five different types of fish be used, one for each of the "c"s in the word cacciucco (Italian for "mixture"). Pair it with some crusty garlic bread — it doesn't get much better than this.

Editor's note: This article was updated in 2017 to remove a restaurant that had closed since the post's original publication. It was also edited to show Herbie's updated name and address.