Morgan Street Brewery Up for Sale, Owners Look to Retire 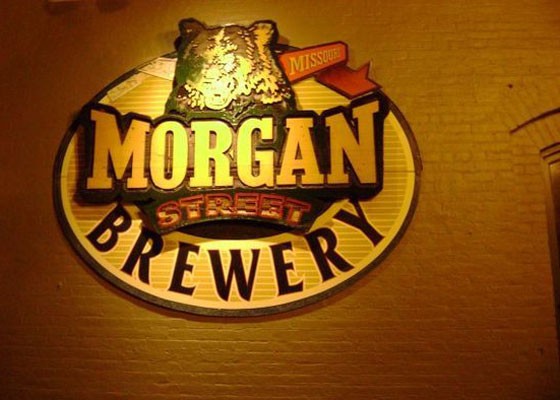 After almost twenty years under the direction of Steve Owings and Dennis Harper, Morgan Street Brewery (721 North Second Street; 314-231-9970) is up for sale. Owings tells Gut Check that Morgan Street won't be closing, but the Landing partners want to retire.

"[We] have been talking about it for the last couple years. We're both old -- we're at that age. He's 65; I'm 58," Owings tells Gut Check. "Craft beer continues to expand, so we thought we'd throw it out in the market and see what was there, see what happens."

Owings and Harper starting Harpo's on the Landing in 1982 and later founded Morgan Street Brewery in 1995; it was one of the first three microbreweries in St. Louis, along with Schlafly and Trailhead Brewing.

While it's on the market, Morgan Street will continue to operate as usual. Owings says it has a party booked in March for about 600 people, and Morgan Street has brewed double the amount of Oktoberfest this year, which recently hit grocery shelves.

The sales listing for Morgan Street promises at least 90 days of training to help out the new owner -- all you need is $2.4 million.

"Ideally, [the buyer] is someone that really wants to continue the brand and expand, and maybe take it to a national level. It's totally up to whoever does it -- we want to definitely have a qualified buyer, but we're not going to restrict them to keep Morgan Street as a name," Owings says. "But ideally, fifteen years from now, I'd like to go to Schnucks and buy a six pack of Morgan Street Oktoberfest. That would be fun."

Here's the full listing, if you happen to be on the hunt for a craft brewery: