Happy Hour at Square One Brewery: Beer, Spirits and Snacks in Lafayette Square 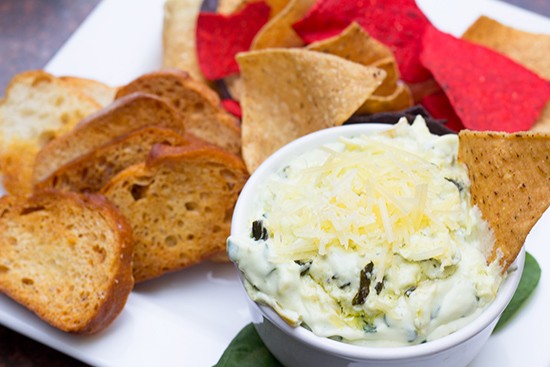 The Hours: Happy hour is offered Monday, Wednesday, Thursday and Friday from 4 to 6 p.m.

The Scene: If the weather's cooperative, definitely opt for a seat outdoors, as the dining room surrounding the restaurant's main bar can feel a little claustrophobic during prime time. The shady, enclosed patio features pretty, brick-enclosed archways and stalks of greenery to set the scene.

Did Square One Brewery make the grade? Find out on the next page. 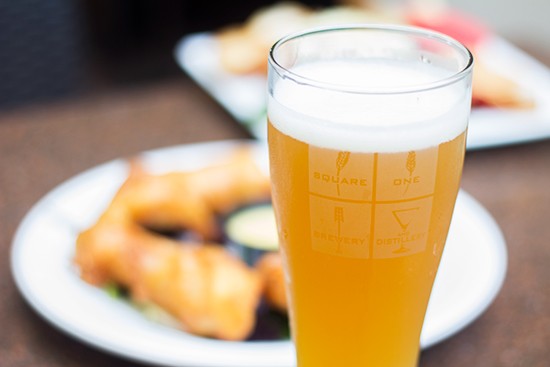 The Verdict: At first glance the menu's traditional choices didn't seem all that impressive, but Square One proved that it excels at the standards. The goat cheese served as a tasty counterpart to the often mediocre dish of artichoke-spinach dip, and it's served warm with toast points and tortilla chips. The beer-battered chicken tenders, served with honey mustard, were plump and juicy with a crisp batter lightened by beer.

And speaking of the beer, Square One has several options to choose from. The menu features six "mainstay beers," including a "Belgian Spicy Blonde," and "Park Avenue Pale Ale." Seasonal brews include the "Oh Hawaii," an American wheat beer with fresh caramelized pineapple puree added to the kegs; it's a refreshing ode to summertime.

A dollar off doesn't seem like much, but after a few pints, the savings can certainly add up. If anything, it's a good excuse to have some hot, satisfying snacks while sampling all that Square One has to offer. We'll be back to try its specialty line of liquors, Spirits of St. Louis. The menu includes fifteen options ranging from ginger cello to "Island Time Crystal Rum."