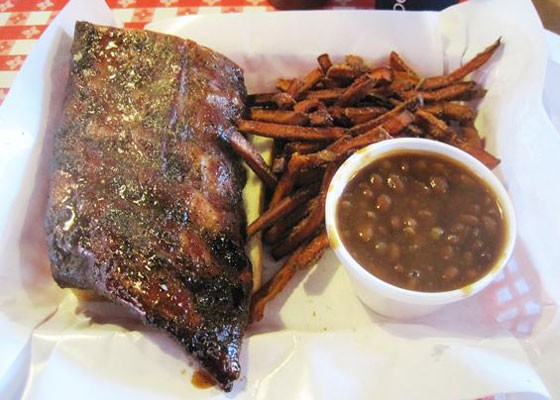 Pappy's Smokehouse (3106 Olive Street; 314-535-4340) is apparently the place to eat if you're a visiting celebrity. Hugh Jackman stopped by in April and ate a lot of ribs while in town for WWE Raw. Boston Red Sox star David Ortiz is here with his team to play a series against the Cardinals which began last night. A few hours before the game, he stopped by the legendary barbecue restaurant.

Former Rams player Mark Clayton was also there yesterday, though there's no word on whether the two actually met. Who do you think should visit pitmaster Mike Emerson at Pappy's next?