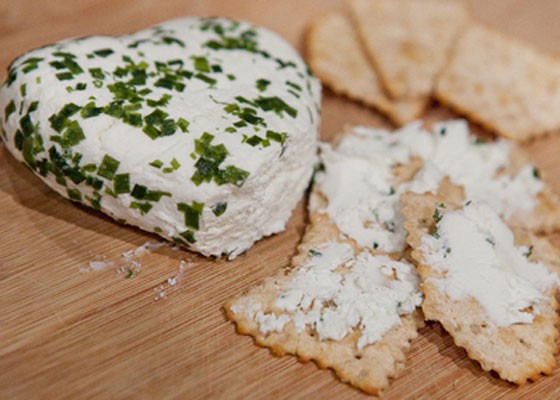 According to Brian Pelletier and Cindy Higgerson, Maplewood is missing just one thing: a specialty food shop. Pelletier, who owns Kakao Chocolate, is opening Cupboard and Larder this fall on the corner of Manchester and Marshall Avenues in downtown Maplewood.

"Especially with Boylard's Meats and Provisions coming in, you have everything else [in Maplewood]. That's the only thing you can't get -- a really great selection of great cheeses and those types of foods," Pelletier tells Gut Check. The inventory will be a mix of local producers like Marcoot Jersey Creamery, Baetje Farms and Salume Beddu and imported items.

"A product that we actually ordered last week are seed oils, like tomato seed oil, cherry seed oil. It's 100 perent seed oil that's cold-pressed, so they're really, really intensely flavored," Higgerson says. "When we tasted them it just blew us away. Those are produced in a small village in Austria about 70 kilometers north of Vienna."

Both Pelletier and Higgerson emphasized the fact that Larder and Cupboard will give people access to small batch purveyors that either only sell to distributors or in their own retail space (Pelletier gave the example that if Larder and Cupboard were in a different city, it would carry Kakao chocolates).

Originally, the name was going to be Maplewood Specialty Provisions, but after Sidney Street's Chris Bolyard announced his new butcher shop, Pelletier decided there couldn't be two "provisions."

"We wanted to have the stuff that you would keep in a larder or cupboard, and one of the things were going to do in the store is have the products displayed in antique cupboards and larders," he says. "We wanted to create something that we thought really would tell the personality of what we're doing."

(A larder is a small room or large cupboard used for storing food, especially that needs to be kept cool. They were widespread before refrigerators came into use.)

Larder and Cupboard is looking at a November 1 opening, if not before that. The build-out in the former T. Rohan Interiors space is minimal -- it's mostly just health department inspections and things like that. Pelletier says they have already begun to buy inventory, and will be updating on the Larder and Cupboard Facebook page.