10 Places to Take (and Impress) Your Visiting Foodie

Many have said that St. Louisans have an inferiority complex about our fair city, but there's nothing to be ashamed about when it comes to the culinary clout in our kitchens. St. Louis is increasingly being recognized nationally for its chefs and burgeoning restaurant scene. What better way to help spread the gospel than to do it up big when your friends and family come to stay.

If your summer out-of-towners are foodies, they'll want you to show them what we have to offer beyond great barbecue (although our barbecue is unbeatable, let's not forget). Here are Gut Check's picks for the restaurants that are sure to impress your guests' palates and send them home talking us up.

Chef Gerard Craft's passion for the art of cooking is infused in Craft's flagship restaurant, Niche, which focuses on the tastes of Missouri, celebrating just-picked produce, uniquely Midwestern flavors and local farmers. With either the four-course prix fixe or ten-course chef's tasting menu to choose from, your guests can sit back, relax and prepare for a once-in-a-lifetime experience.

Sidney Street Café is a long-time neighborhood staple in Benton Park. Chef and owner Kevin Nashan's menu is inspired by his Hispanic roots, love of southern food, training in French cuisine and experience working under several noted chefs. He sources locally when he's not harvesting from the restaurant's own garden.

Chef Josh Galliano and his polished team have perfected the craft of simple, inventive dining. Meat, seafood and vegetable dishes are all given the spotlight. The desserts also cannot be skipped. The craft cocktail, wine and beer lists are just as impeccable as the food. In short, make sure your out-of-towner tries everything.

Tucked behind its sister wine and tapas bar, Olio (a magnificently renovated Standard Oil gas station), both the food and the setting at Elaia is rustically elegant. The intimate restaurant offers upscale Mediterranean-inspired fare as a ten-course tasting menu or a la carte. The extensive wine list is also assembled with care by Andrey Ivanov, who recently tied for first in the national Chaine des Rotisseurs' Best Young Sommelier competition.

Farmhaus was inspired by rural life, specifically, one lived on a sustainable farm. Kevin Willman's menu changes daily, according to the day's fresh harvest from local farms and products gathered from area cheesemakers, bakeries and coffee roasters. Willman takes inspiration from his childhood in the Midwest and his culinary training in Florida, where the restaurant sources most of its seafood from. 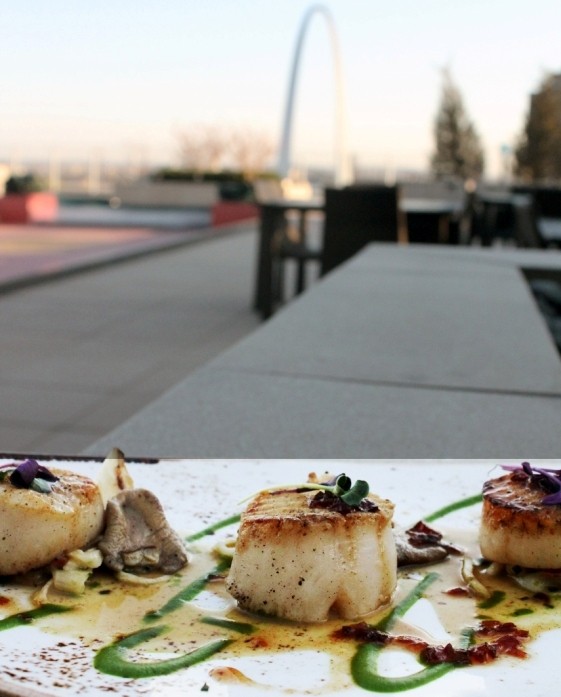 What visitor can resist Cielo's rooftop patio and its impeccable view of the iconic Arch. Another reason to celebrate is the recent arrival of executive chef Gian Nicola Colucci. Born in Turin, he brings authentic flavors of Italy to each flawlessly executed dish. It's a style worthy of the remarkable view. 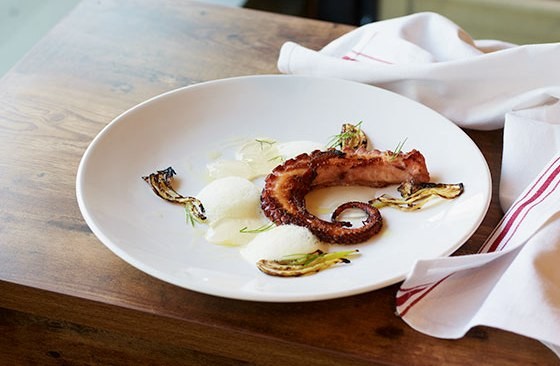 Central Table Food Hall brought a new dining concept to St. Louis. One gorgeously rustic space houses seven distinct food "stations" where you can purchase a variety of food during the day. There's a market, a grill, a coffee house, a sushi bar and a raw bar, just to name a few. In the evening, the area is transformed into a seated, "upscale casual dining experience" with table service where diners choose between eclectic but masterfully executed dishes such as raw oysters, lamb shank, pizza and bone marrow. Featured Dish:

The thing that makes Element unique is that in the kitchen you'll find multiple chefs working together, reviewing each dish, brainstorming and sharing in the menu creation. Your guests are treated to both dinner and a show, as the kitchen is open in the dining room and the gorgeous art of food plating is on display. The two outdoor patios offer tremendous views of downtown St. Louis as well as the restaurant's kitchen garden.

Owners Ted and Jamie Kilgore opened Planter's House at the end of last year. Ted had already made a name for himself through his dedication to the craft of the cocktail as a bartender at Monarch and later at Taste by Niche. However, the kitchen, led by executive chef Bradley Hoffman, has put together a noteworthy menu of small plates and entrees assuring the food is on its way to earning accolades of its own.