Frequenters of the Delmar Loop undoubtedly have already noticed the change in the atmosphere lately. The unmistakable smell of smoky barbecue now permeates the air, and it's all thanks to restaurateur Tom Schmidt and his brand-new concept, Salt + Smoke (6525 Delmar Boulevard, University City; 314-727-0200).

On June 13 his Mediterranean restaurant formerly known as Nico got a complete makeover after only a weeklong closure. Its new identity is a full-service Texas-style barbecue joint that also specializes in bourbon, craft and barrel-aged cocktails, and beer.

"We're not fussy here," says Schmidt, before making his rounds through the dining room to greet new patrons. This high-profile spot in the Loop traditionally served as one of the area's more refined sit-down restaurants, and Salt + Smoke aims to maintain the classy vibe while offering more casual fare. 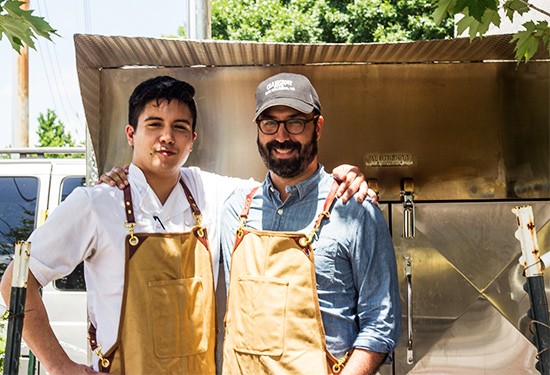 A bright yellow awning bearing the new concept's name makes it stand out on the street, and a large-scale smoker awaits adjacent to the entrance, generating those irresistible slow-cooked scents. Inside, the restaurant with a full bar gets Southern accents in the form of farm-animal paintings created by Schmidt's wife and a pile of wooden crates on the far end of the dining room filled with Western-centric decor.

Chef Riley mans the helm of the menu along with pitmaster Jon Dreja. Together, they cook up a menu that begins with appetizers and salads including cheddar-bacon popovers ($6), burnt-end toasted ravioli ($10) and smoked-mushroom salad ($9).

The real meat of the menu awaits under the sandwiches and plates including pulled pork, trout, falafel, fried-jalapeno-and-cheddar bologna, brisket and baby-back ribs. Sides include all the standards with their own spins such as cheesy "White Cheddar Cracker Mac" and barbecue sweet-potato chips. A simple dessert menu features from-scratch pie and and ice cream.

The list of bourbons wines and spirits is a lengthy one, beginning with more than 100 bourbons and continuing with a few craft cocktails including an "Apple Barrel" ($9) made with Apple Jack brandy, cinnamon-walnut-infused bourbon, baked-apple bitters and ginger beer.

Salt + Smoke's current hours are Tuesday through Sunday from 11 a.m. to close. For the full menu and additional information visit the Salt + Smoke website or follow it via Facebook. 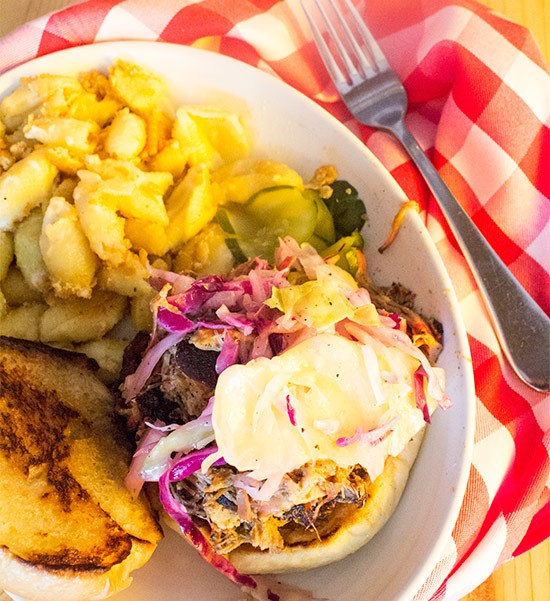 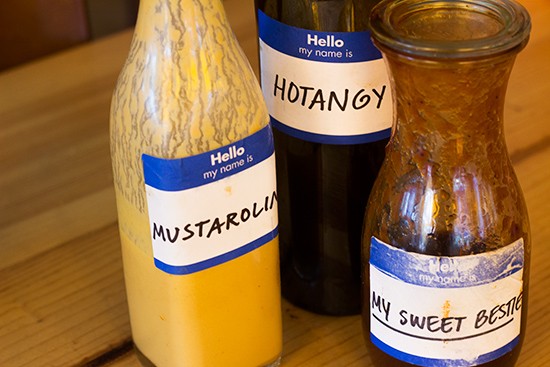 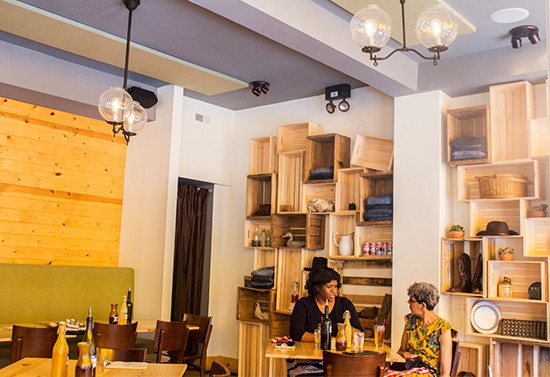 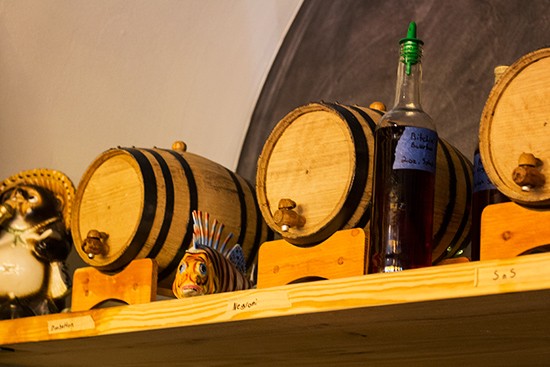