Your Pick for St. Louis' Most Underrated Doughnut Is... 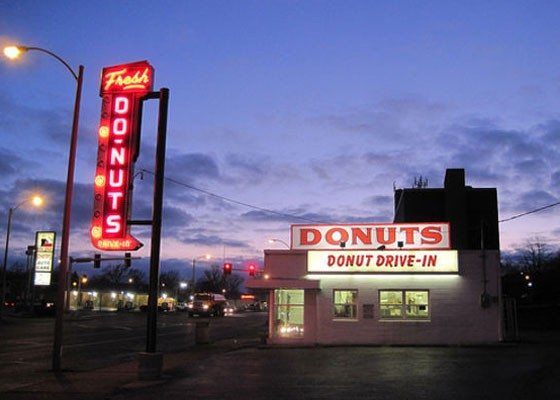 Gut Check readers are pretty vocal when it comes to doughnuts. We're always hearing about new places all over the city and county, especially when we do our delicious blind taste tests. The vote is in, though, and there's one place we'll definitely be going to soon.

We actually named Donut Drive-In the best doughnuts in St. Louis back in 2004, and Old Town was 2012's pick. Donut Drive-In still uses the family recipes from the 1950s and was once voted the best doughnuts on Route 66. The bakery was visited by the Food Network's Alton Brown on an episode of Feasting on Asphalt. OK, so maybe it's not underrated -- we all know how delicious those doughnuts are.