The Best Restaurant Openings of 2014 So Far 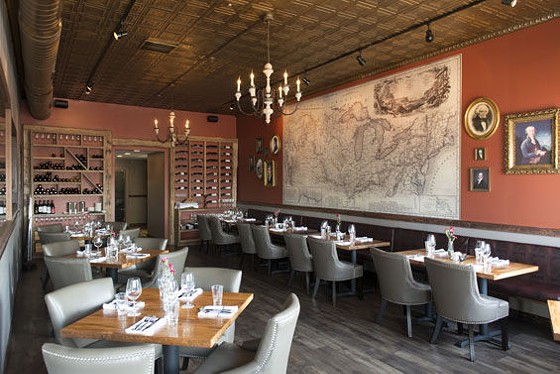 Where did the first half of 2014 go? It seems like only yesterday that we were cursing the endless winter, and now we're suffocating in the sweltering heat. With half of the year already in the rearview mirror, we thought it appropriate to reflect on the best restaurants that have opened in 2014...so far. Hopefully, this impressive crop is a sign of things yet to come.

See Also: Overcooked: Food trends we loved and hated in 2013

Owners Simon and Angelica Lusky didn't intend to open a restaurant. The husband-and-wife team had enough on their plates running a prepared-meals business while Simon worked full time as the St. Louis Cardinals' nutritionist. However, when they saw the Cherokee Street storefront, they knew they had to put in a café. They enlisted the help of their colleague, chef Bob Brazell, to bring their healthy, clean-eating style of food to the general public. With dishes like tender Carolina-style pulled-pork shoulder, a bibimbop bowl with roasted "caulirice" and a gluten free, garlic-studded waffle topped with Provel cheese, shaved ham and béchamel sauce, it's hard to believe this qualifies as health food.

What better reason to open a restaurant than to have a place to drink wine and play cards? Owner Brooke Roseberry unapologetically admits this was the inspiration behind the Purple Martin -- that and the fact that no one else was opening anything in her beloved Fox Park neighborhood. Roseberry had long witnessed establishments come and go in the space at California and Shenandoah, but when nothing stuck, she and her partner Tony Lagouranis decided to take matters into their own hands. The restaurant started out with a Mediterranean fare but is currently transitioning to more of an American comfort-food spot. Either way, the Purple Martin's "everybody knows your name" energy makes it a neighborhood gem.

In February the Good Pie returned, this time at new digs on Delmar Boulevard, filling the Neapolitan style pizza void it left during its brief hiatus. The simple sauce of crushed San Marzano tomatoes, artisanal buffalo mozzarella and the characteristic char blisters that pop up as a result of time in the Stefan Ferrara wood oven make this the most authentic Margherita pizza in town. But while throngs line up for the pies, pasta maker John Messbarger quietly cooks up St. Louis' best gnocchi. Between the pizza and the pasta, this is as good as it gets outside of Naples. 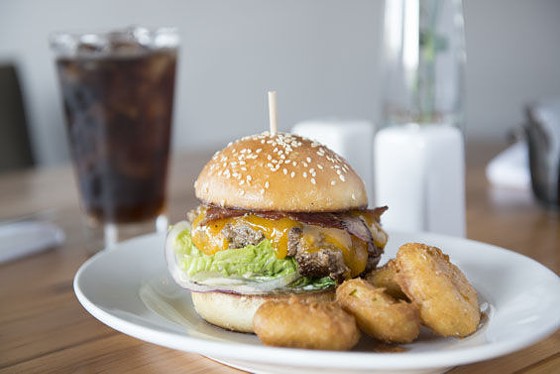 Chef and owner John O'Brien wanted a simple neighborhood tavern, but he ended up with one of the area's best restaurants. Drawing inspiration from the city's past, O'Brien weaves together an approachable menu of Spanish, French and American dishes, all prepared with veteran polish. A cozy dining room, tree-covered patio and polite, attentive service set the scene for an extraordinary meal. The fried chicken is juicy, the lobster roll (if you can get your hands on one) is buttery and overstuffed, and the brisket burger is sublime. It's hard to imagine another place beating this out for the title of "Restaurant of the Year"...but we're hoping someone tries.