Tripel Brasserie to Close June 14 After Only a Year

May was a good month for restaurants, but as we head into summer, the closures are coming swiftly. Belgian beer haven Tripel Brasserie (1801 Park Avenue; 314-678-7787) will serve its last brew tomorrow, June 14. The restaurant just celebrated its first anniversary last weekend.

The news was first reported by George Mahe at St. Louis magazine. Tripel opened in Lafayette Square on June 26, 2013 and as we found on our first visit, it "attempts to channel an old-world European vibe with the low-key sheen of a modern brasserie."

Our review was less-than-favorable: we liked the beer but the dining room was still finding its footing. The cocktails were impressive, too, but it seems the bar alone couldn't sustain the large space.

"The restaurant is huge with a significant portion of the building dedicated to the bar, and it is hard to be grumpy with such an outstanding selection of Belgian beer in front of you," Cheryl Baehr wrote. "However, not everyone dines at the bar, and if things continue at this rate, I question whether or not a good beer list and a great location will be enough to make the brasserie a success."

Co-owner Terry Oliver told St. Louis that the decision to close was just made on Tuesday. Tripel did not immediately respond for comment; we'll update as we hear from them. 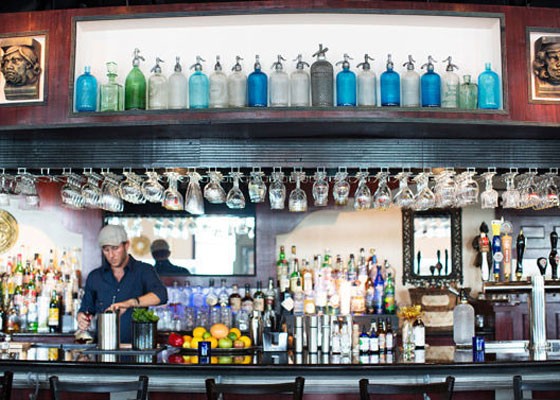