Barrel aging spirits is a very old practice. Barrel aging pre-mixed cocktails, on the other hand, is a relatively recent phenomenon. The Drunken Vegan tasted three of these aged drinks at Sanctuaria (4198 Manchester Avenue; 314-535-9700) alongside a freshly mixed version in order to sip and discern the differences. It was a pleasantly instructive evening.

The point of aging cocktails in wood is to soften some of the alcohol heat and mellow them, but also to impart some characteristics of the wood and the char to the finished drink. Basically, it adds another layer of complexity. Aging lighter drinks produces more dramatic results.

At Sanctauria, the bartenders fill barrels from Elijah Craig Bourbon with daiquiri, the "Martinez" and the "Vieux Carre." 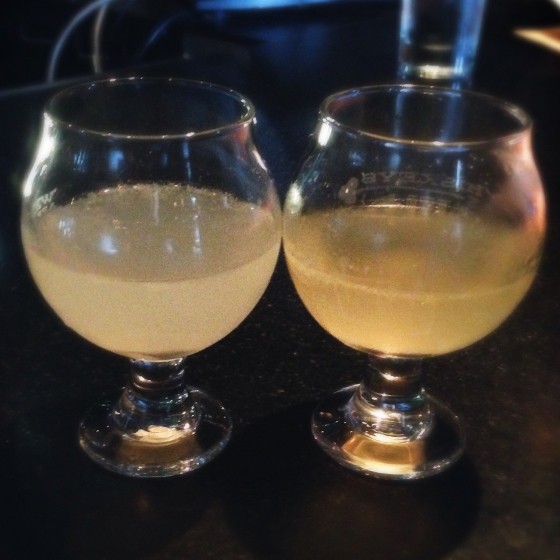 The aged daiquiri, which has been in a charred oak barrel for eight weeks, still has some nice lime flavor, but the tartness of the citrus is toned down considerably. It is a little sweet but balanced and has an almost creamy texture. The un-aged version is bright, tart and clean. The aged version is also darker in color, having taken on some tint from the wood. 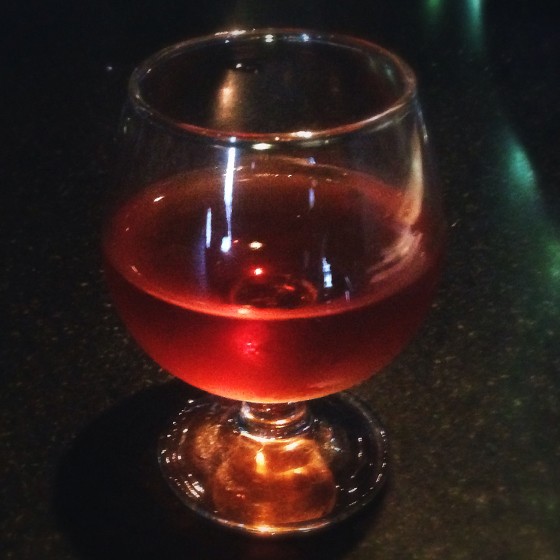 The "Martinez" is gin, vermouth and luxardo, and it spends eight weeks in the barrel. It is sweet and slightly floral. The botanicals are strong on the nose but lighter on the palate. There is a discernible note of oak. The un-aged version is even more floral, with intense notes of jasmine. The vermouth comes through better, as do the botanicals from the gin, but the freshly made drink isn't as rich. 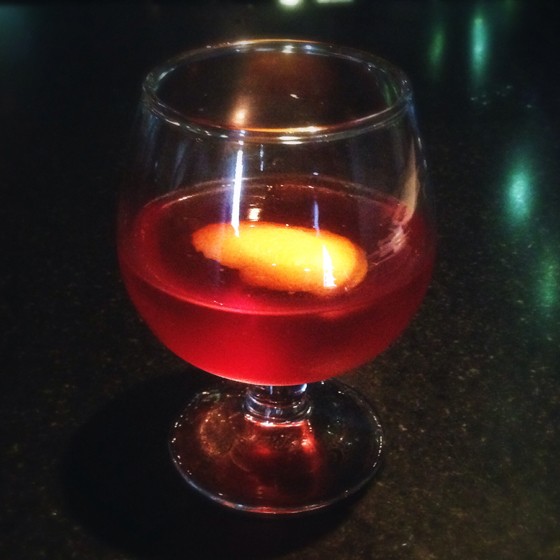 The "Vieux Carre" (rye, Vina Sur Pisco, vermouth, Benedictine, Angostura and bitters) is aged for nine weeks. It is earthy and complex with nice rye spice. There's a little clean bitterness and a subtle herbal character as well. The cocktail has a lush, glycerin-like mouthfeel. By comparison, the un-aged version tastes thin. The rye spice is more prominent without the wood. This version is more herbaceous as well.

Aged or un-aged, these cocktails are spectacular, but do yourself a favor and try them side by side. It's fascinating tasting exercise and a workout for your palate.