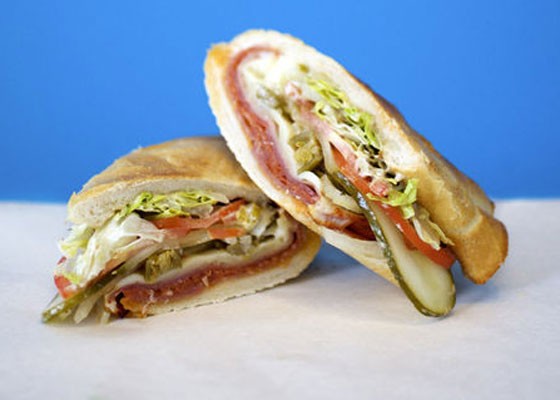 As we reported last week, there were, miraculously, no restaurant closings in May. Lots of places opened up, though, and the trend is continuing into June. Several places we've had our eye on are now open.

Grove East Provisions (3101 Arsenal Street; 314-616-8527), a European-style corner market, opened June 5 in Tower Grove East. We talked to owner Barry Kinder back in March about his plans for the former Juice Box space.

"The main thing was to take a corner market and, like in Europe, have fresh produce, fruits and vegetables, and of course beer and wine and all that," Kinder said. "Basically sell provisions, rather than go in there and get cigarettes and a bag of chips. That's what started it."

The long-awaited A Pizza Story (7278 Manchester Avenue; 314-265-6085 is finally open in Maplewood. Helmed by two former Washington University employees, the restaurant serves Neapolitan pizza alongside local beers. It was originally slated to open in December, but construction took considerably longer than expected.

There are twelve beers on tap and a custom-built wood-fire oven. ""Our goal is to integrate well with Maplewood and to provide a nice venue where people can come -- families or singles or friends -- they can come hang out, have good pizza, have a drink," co-owner Muhammed Alhawagri told us back in September.

A Pizza Story is open Tuesday through Thursday from 5 to 10 p.m., Friday and Saturday from 5 p.m. to midnight and Sunday from 5 to 9 p.m. Lunch service will be added soon.