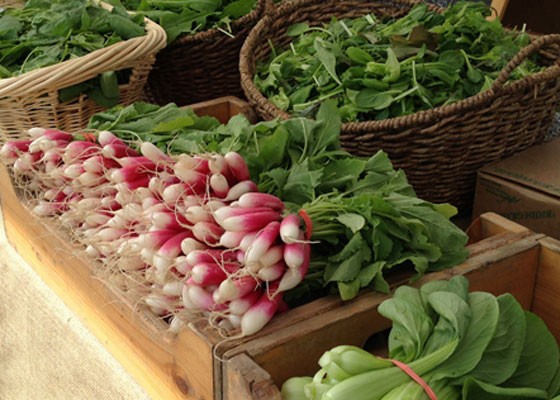 You may have noticed some changes in the menu at Schlafly Bottleworks (7260 Southwest Avenue, Maplewood; 314-241-2337) over the past few weeks. Yes, the restaurant at the brewery has pared down its permanent menu, but that's not all. We talked to co-owner Dan Kopman about the new seasonal, local menu and what eating local actually means.

When the Bottleworks opened ten years ago, it made a commitment to support other local businesses, but Kopman says some changes are being made to help Schlafly fully realize this goal. When the Tap Room opened in 1991, eating local wasn't a trend. Kopman says he called Agro Missouri and asked for a list of cheese and sausage makers in Missouri. The list had two sausage makers and no cheese.

Things are a bit different now, and Kopman says the menu will reflect that. Instead of one giant menu, there will be a smaller permanent menu and a local menu that will change every week or two, depending on what's available.

"The goal is to do what we can to promote other local food businesses through our menu," Kopman says. "We want to make as many things in-house as we possibly can. Those are the two distinct goals. With food, we want to buy ingredients and be able to use our own skills to turn those things into dishes people really like."

Kopman says he's noticed a bit of a trend lately of what he calls "local-washing" on menus. Schlafly was guilty of it too -- that's why they're making a change. For example, Schlafly (and pretty much everybody else) gets their trout from Troutdale Farms. If Troutdale has a problem, though, and can't get fish out for a few weeks, restaurants aren't going to take it off the menu. They get it from somewhere else until Troutdale is available again.

"I think it's important for people to step back and really think about what these things as concepts mean. I've been concerned for a while that we weren't realizing the mission as well as we should on the food side," he says. "We had one menu that didn't change very often, and then we had this list of vendors -- but I will admit that the correlation between the list of local vendors and what was on that menu -- I just felt it wasn't as strong as it needed to be."

The new menus will go into effect over the next few weeks; Kopman and his staff have to speak with their local vendors and see what's available. The Bottleworks has always had an emphasis on local food, but now, Kopman hopes it will be even stronger.

"One of the things I'm really conscious of doing, and the reasons for this change, is we made this commitment and we weren't living up to it," he says. "So I'm more determined than ever to live up to the commitment and be more transparent. If we say something is local, it's local."