All week long we're rolling out content from our Summer Guide 2014. In it you'll find all the best ways to enjoy the season in and around St. Louis. Click here to read the rest of the guide or pick it up in print at the red Riverfront Times box nearest you.

Just because local parks don't allow glass bottles doesn't mean Natty Light is the only beer that's float trip appropriate - more and more craft breweries are canning their brews. That means your beer doesn't have to share a flavor profile with the water you're floating in. Here are some of the best local craft beers available in cans.

4 Hands Brewing Co. "Contact High": This hoppy wheat ale has a crisp taste accentuated with a citrus bite from the orange zest used to brew it. 5 percent ABV. 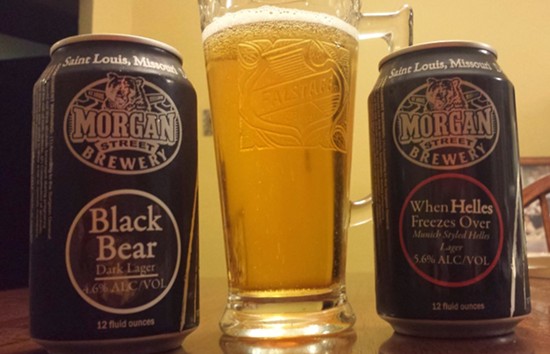 "When Helles Freezes Over": This classic lager starts with a sweat, bready taste and finishes with a slight spiciness from the German hops. 5.5 percent ABV.