Gioia's Deli Gets in the Food Truck Game 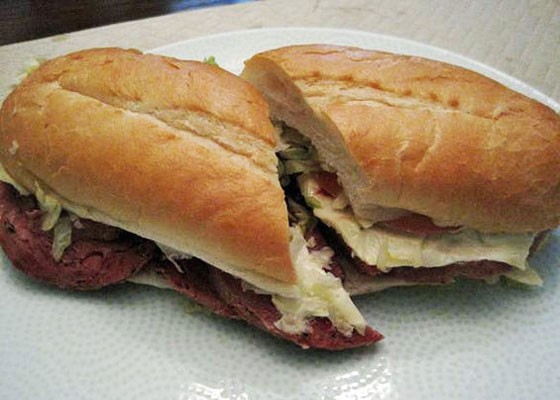 Food trucks really are the trend that never ends. Yesterday we reported that Rise Coffee House is adding a mobile coffee truck to its brick-and-mortar operation, though usually it goes the other way around. Alex Donley, co-owner Gioia's Deli (1934 Macklind Avenue; 314-776-9410), used to think the same thing until his business coach suggested a truck in lieu of a second location.

"I looked at him like, 'What? No!'" Donley tells us. "He's like, 'Alex, no, these food trucks are marketing machines, and they take the product everywhere, and you're not stuck with all those extra responsibilities.'" The Gioia's food truck was born.

The menu will be like Gioia's greatest hits: the hot salami made at the deli will be on the truck, as well as its roast beef (Donley says they do about 800 pounds a week) and then a trio of classic sandwiches. Gioia's did a poll online to see what the sixth item should be, and its famous Porknado won by a landslide, so that will be available on the truck as well.

Donley says he plans to hit the usual food-truck circuit -- Wells Fargo, Barnes-Jewish, downtown -- but it has already been booked for six private events in June. Food trucks are great for corporate offices, because especially out in Chesterfield and St. Charles, the huge complexes are surrounded by absolutely nothing.

"Actually David [Choi] over at Seoul Taco has been a huge help," Donley says of understanding the world of food trucks. "He's a customer and a friend, and helped me with this whole process from the beginning."

Donley hopes to be on the road Tuesday, May 27, but he has an inspection that morning which may slow things down. Gioia's will definitely be at Citygarden next Friday, though. Follow Gioia's Deli on Twitter for updates.