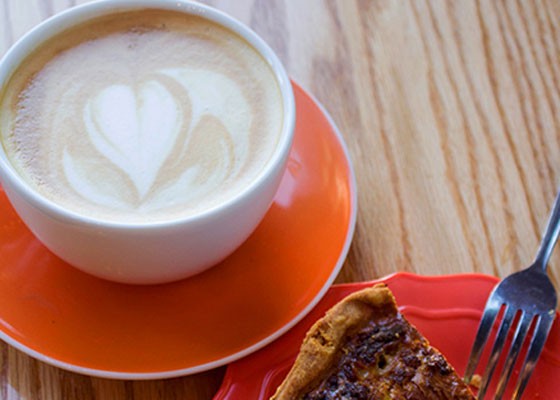 Usually a food truck is a stepping stone to a stationary restaurant, but for Rise Coffee (4180 Manchester Avenue; 314-769-9535), it seems to be the other way around. The Grove coffeehouse is set to debut St. Louis' first coffee truck this fall.

Rise owner Jessie Mueller actually co-owns the food truck with two customers who eventually became partners. Sara Endejan and her husband were patrons of Rise from the beginning, and a friendship with Mueller eventually turned into a partnership. Endejan says co-owning the food truck gets them one step closer to their dream of owning their own shop someday.

"Jessie herself is really big on helping the community and really wants to bring positive things to St. Louis and help people in general," Endejan tells Gut Check. "We became really good friends fast and saw a great opportunity to be part of something."

The Rise truck will carry everything the brick-and-mortar cafe has, including its specialty pour-over bar and espresso drinks. Endejan says they've been working on the idea for the past year and hope to be on the street by fall if mid-August.

"It's the first coffee truck in St. Louis, and we're really excited to get out there," she says. Check Rise's Facebook page for updates.