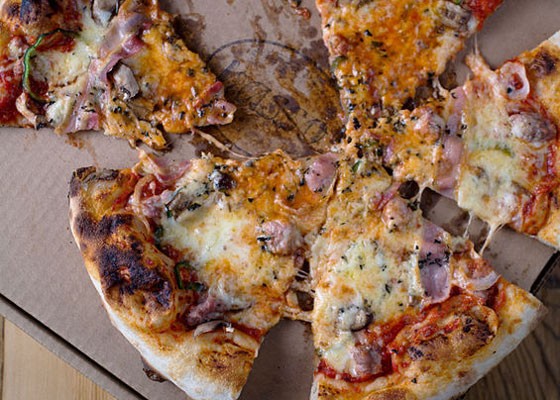 A mere mention of Provel in St. Louis is sure to provoke one of two feelings: admiration or disdain. There is no in between. Love it or hate it, it's ingrained in St. Louis' culture and culinary scene. So when a girl from an Arkansas border town wrote to Mayor Francis Slay about St. Louis, he just had to give Provel a shoutout.

Lauren Mahoney, a student at Kirksey Middle School in Rogers, Arkansas, wrote to the mayor for a school project about "St. Louis and its heritage." Instead of responding with a handy "Let me Google that for you" link, Slay posted a blog extolling the virtues of our fair city.

For the section on St. Louis' cultural heritage, the mayor explains perhaps our most curious export: Provel cheese.

To fully understand St. Louis culture, though, is to realize we strive to capture beauty and truth but to do so in ways that appeal to ordinary people. Looking down our noses at snooty people is a civic sport.

This spirit may be summed up and explained through the metaphor of a two-word dairy product: Provel cheese.

We already know Mayor Slay loves Provel -- he named April 8 "Imo's Day" this year -- but in his response to Mahoney, he calls it a "culinary treasure." (We agree.) He writes that our greatness can be characterized, in part, by the delicious combination of Swiss, provolone and cheddar.

"Provel, in other words, like St. Louis itself, is not for everyone," he says. "Because it is for everyone."

Yes, you can wax poetic on Provel. We hope Lauren Mahoney learned something.