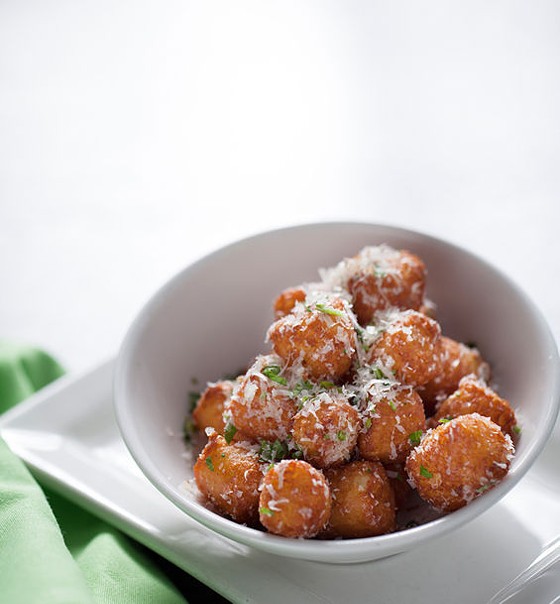 When my erudite acquaintance insisted with boyish earnestness that I try the tater tots at Blood & Sand (1500 St. Charles Street; 314-241-7263), I raised an eyebrow. Then, this otherwise serious man referred to them as "little clouds of happiness," and I knew that I had to pay attention.

Now, I am a tater tot aficionado (who has been known to use the phrase "drop it like it's tot" one too many times), but even my strong background in spuds could not have prepared me for the sheer magnificence that is the Blood & Sand tater tot. They are unlike any other tots I have ever experienced. One might describe them as potato croquettes, but that would be doing them a disservice. It's more like the culinary geniuses at Blood & Sand have come up with a new state of matter; the potatoes are not quite solid, not quite liquid and not quite air, but a little bit of each -- best described as a creamy potato pouf. A golden coating encases the potatoes in a delicately crunchy shell that is sprinkled with Parmesan and drizzled with just a whisper of truffle oil.

Membership clearly has its perks.