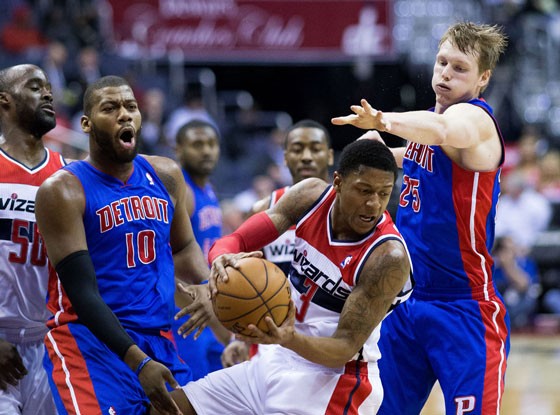 Chalk up another win for Imo's Pizza. We already know the St. Louis institution makes special deliveries for celebrities (see: Jon Hamm and Jimmy Kimmel) by packing up their pizzas on ice and sending them to Hollywood. This time, the square beyond compare helped out St. Louis native and Washington Wizards Bradley Beal.

Apparently one of Beal's coaches from St. Louis -- he went to Chaminade -- ordered him four or five Imo's Pizzas which were shipped to D.C. on dry ice last week. The Washington Post reports that the pizzas arrived Saturday. A PR spokesperson for Imo's confirmed to Gut Check that Beal did get some yummy pizzas, but wouldn't say anything else. In any case, we don't think it's a coincidence that Beal scored 18 points in his game the next day.

@RealDealBeal23 Hope you enjoyed your pizzas!