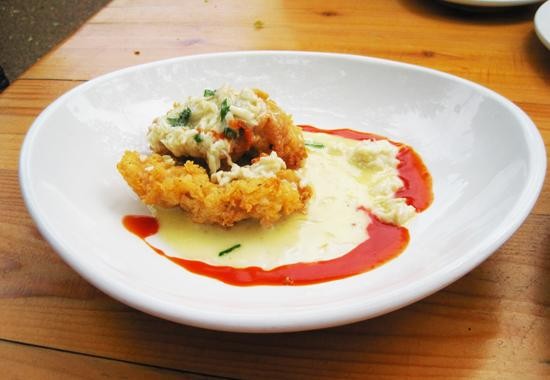 Molly's in Soulard (816 Geyer Avenue; 314-241-3200) is already known for its Cajun food (fried alligator, anyone?) but new executive chef Bryan Johnson wants to kick things up a notch. An alum of Brasserie by Niche, Broadway Oyster Bar and Central Table Food Hall, Johnson will roll out a new menu May 1.

"Molly's has always had decent food, but we're trying to elevate it," Johnson tells us. "We want to be known for the best Southern and New Orleans cuisine in town."

Some staples, like fried green tomatoes, will remain, but there will be a permanent po' boy menu with varieties like oyster, catfish, fried and barbecue shrimp. The po' boy bread will be made in-house. Molly's is also stepping up its oyster selection with specialty dishes like oysters Rockefeller, fried oysters and of course, oysters on the half shell.

"I brought in a really talented kitchen staff, people I've worked with in the past from Brasserie and Central Table," Johnson says. " [Owner] Luke Reynolds is really excited about the cuisine. We've spent hours and hours developing the menu, and we've put a bunch of money into new equipment -- we're starting to use more modern cooking techniques, circulators and Cryovac machines."

The menu will change about once a month, but the po' boy menu will be available all the time. Johnson says he wants to keep the food exciting for himself and the kitchen staff.